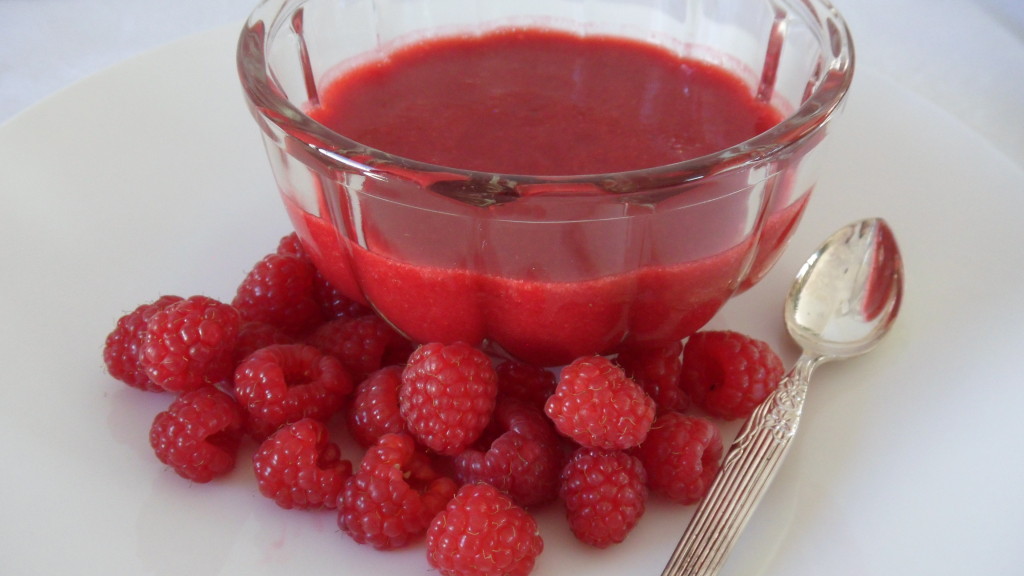 I have called this recipe a raspberry sauce, but it could be called a raspberry puree or coulis. Coulis is a French word for a strained puree, which this is, but I tend to think of a coulis being lightly boiled, strained, and returned to the heat and bottled so it keeps longer. Whereas this recipe is quick and easy, simply made from pureed and sieved fresh raspberries, with the sauce lasting for about 3 days refrigerated.

This sauce is very versatile. Here are some ideas :

(The amounts in the recipe below are just a guide, as you can’t go wrong with this sauce by pureeing as many raspberries as you like, then adding icing sugar to taste.)

OPTIONAL: You can add the juice of ¼ of a lemon to the recipe, but I prefer it without.

Makes about 1 cup of puree

TIP: Make summer raspberries last longer and store some raspberry sauce in the freezer. I pulped 200g of fresh raspberries, but left out the icing sugar, and this made ¾ cup of sauce, ready to thaw when needed.

TIP : You can make this sauce with or without sugar depending on what you want it for.