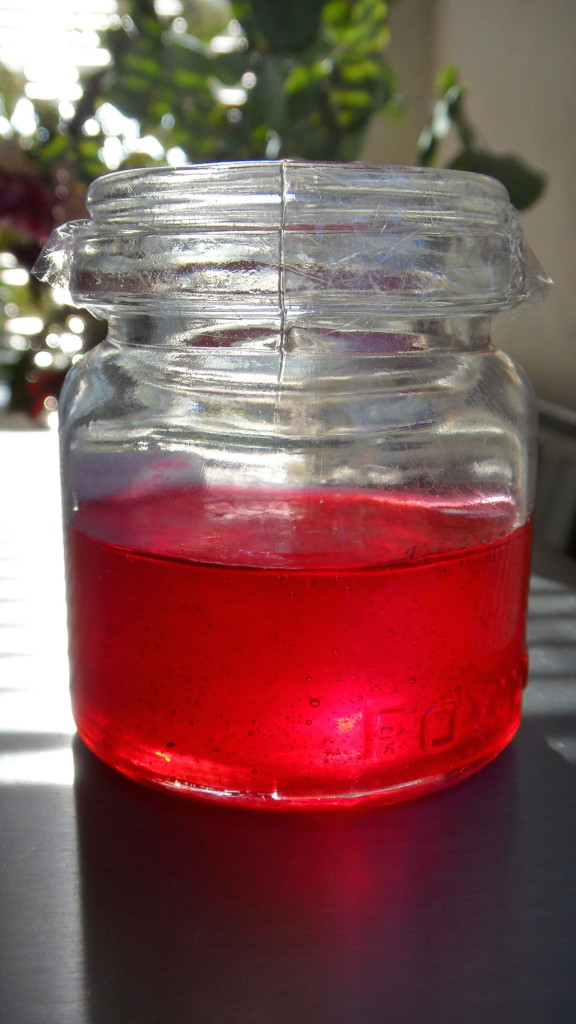 This is a recipe by Elizabeth David from her recipe book French Provincial Cooking (a book which Mum considers to be not only vital and essential, but also a crucial addition to anyone’s recipe book collection). Note the adjectives and synonyms (for repetition) for that’s how fundamental and important this book is in the kitchen!

In New Zealand red-currants are ripe in December, just in time for Christmas, and they provide a wonderful bright red pop of colour, and look like red Christmas baubles. I had been given a small amount of red-currants by a friend when my own plants had not produced a single currant this season.

“This system of making red-currant jelly was given by Eliza Acton in her Modern Cookery, published in 1845. She says that it is a Norman receipt. It is the one I always use and find it makes, as Eliza Acton says, ‘superlative’ jelly. I was preparing the fruit for it one day when a friend from Paris arrived upon the scene. ‘What on earth’, she said, ‘are you doing wasting your time taking all the stalks off? At home we put the whole lot in the pan. It all goes through the cloth; the stalks don’t affect it at all.’ In every other detail, she told me, the system she used was the same as Miss Acton’s. Ever since, I have followed her advice. So weigh your ripe red-currants and put them into the preserving pan, stalks and all, with an equal weight of sugar. Then proceed as follows, according to Miss Acton.

‘Boil these together quickly for exactly 8 minutes, keep them stirred all the time, and clean off the scum – which will be very abundant – as it rises; then turn the preserve into a very clean sieve, and put into small jars the jelly which runs through it and which will be delicious in flavour and of the brightest colour. It should be carried immediately, when this is practicable, to an extremely cool but not damp place and left there until perfectly cold. In Normandy, where the fruit is of richer quality than in England, this preserve is boiled only 2 minutes and is both firm and beautifully transparent.’

At this stage the sugar turns pink from the red currants: 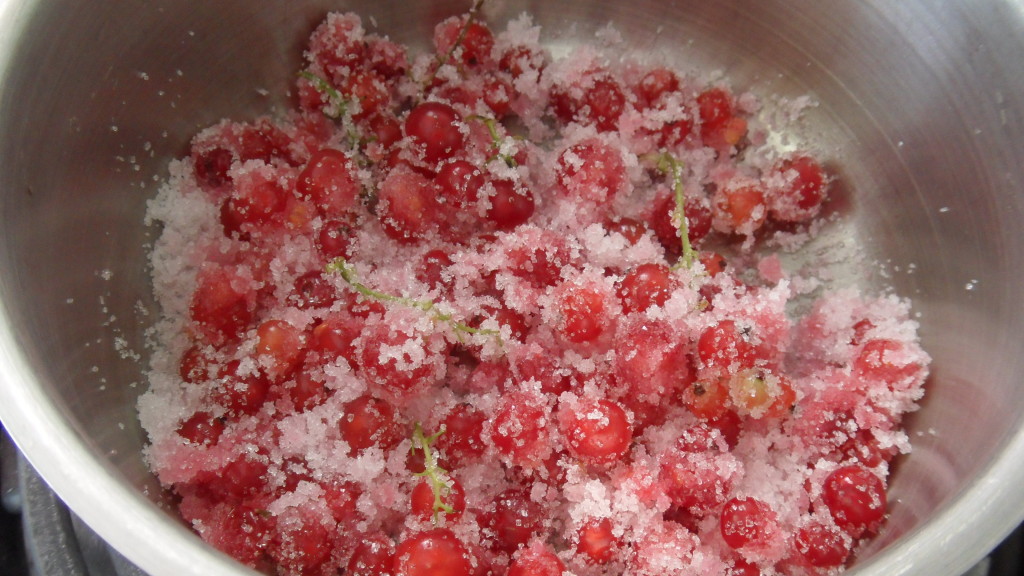 [NOTE: Elizabeth David would have been making a decent amount of red-currant jelly in her recipe, about ½ to 1 pound (500g to 1kg), but because we made a small amount of jelly, with only 50g of currants and 50g of sugar, we kept the mixture bubbling in the pot for only 5 minutes.]

NOTE: Since we only made a small amount of jelly and would be using it within a few days rather than storing the jelly for months, we washed a jar, and sterilized it with boiling water, before pouring in the strained hot red-currant jelly.

If you are making a large amount of the jelly, you will need to sterilize the preserving jars properly. See my preserving notes here: https://www.inthekitchenwithmum.com/2014/05/how-to-sterilise-and-seal-jars-for-preserves-and-jams/