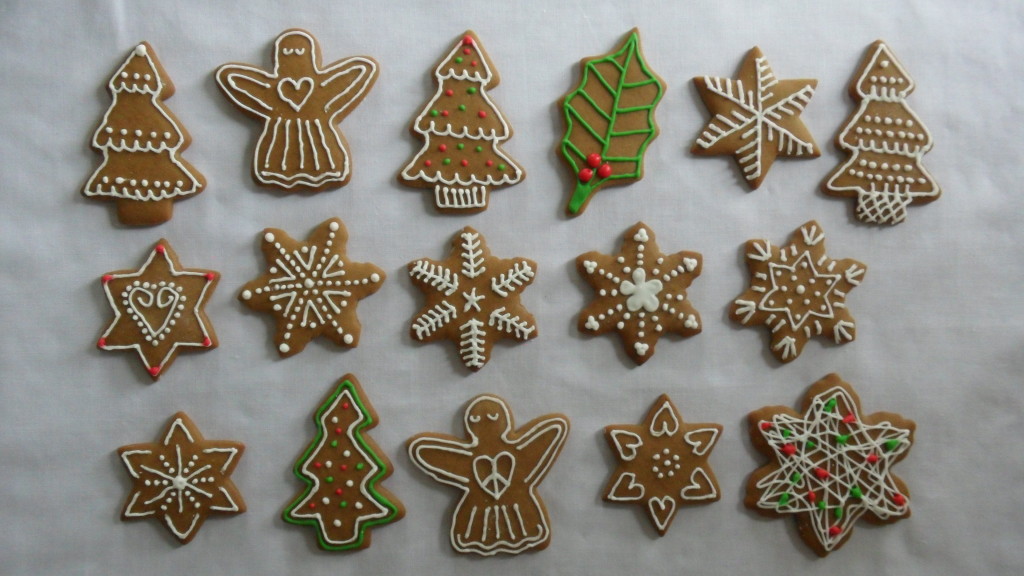 Pepparkakor is a traditional Swedish recipe. These Scandinavian spicy biscuits are traditionally served on St Lucia Day, which is a celebration of light on the longest night of the year. St Lucia Day is one of the biggest Christmas-time celebrations in Sweden and is held on the 13th December.

This is the best gingerbread recipe I have tried for a number of reasons:

These biscuits will keep for at least three weeks. They are very crisp after cooling, then become softer when stored and the spicy flavour gets better and better.

A NOTE ON THE COLOUR OF THE GINGERBREAD:

We used golden syrup, but if you want a darker colour to the gingerbread, replace the golden syrup with treacle, or you could use muscovado sugar instead of brown sugar. 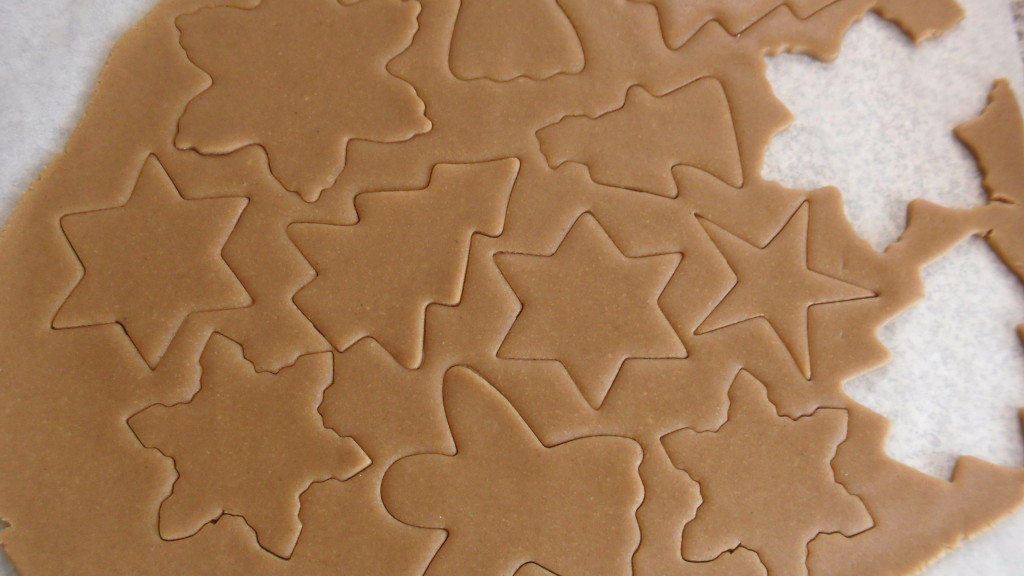 We referred to The Great British Bake Off: Showstoppers book for the Royal Icing recipe. This recipe is great as it is quick to make, because the egg white is hand-whisked rather than beaten in a mixer. A little of this mixture goes a long way.

[For biscuits, the following royal icing recipe is great for fine decorating like this, but for decorating cakes, I would recommend using an electric mixer to beat the royal icing, and add glycerine.]

TIP: if you want to hang the biscuits on a Christmas tree, poke holes in the biscuits with a skewer before baking.

Use a hand whisk or wooden spoon to beat egg white and lemon juice, until thoroughly combined. Gradually add icing sugar to make a smooth icing.

ICING TIP: Use small plastic zip-lock bags, about 9cm tall x 6cm wide and fill with icing. Seal the top. Use a thick needle or a bodkin and poke a hole in one of the corners to force the icing through. This size bag sits nicely in the palm of the hand and is easy to control, like an icing pen.

COOK’S TIP: Place the leftover egg yolk in a small bowl and cover the yolk with cold water. Store in fridge for later use.

I made a decorative package with a cellophane bag and a few strips of washi tape. Place the tape along the top and bottom edges of the bag on the front and on the back. I personalised the washi tape to match the decorations and colour-theme on the biscuit. 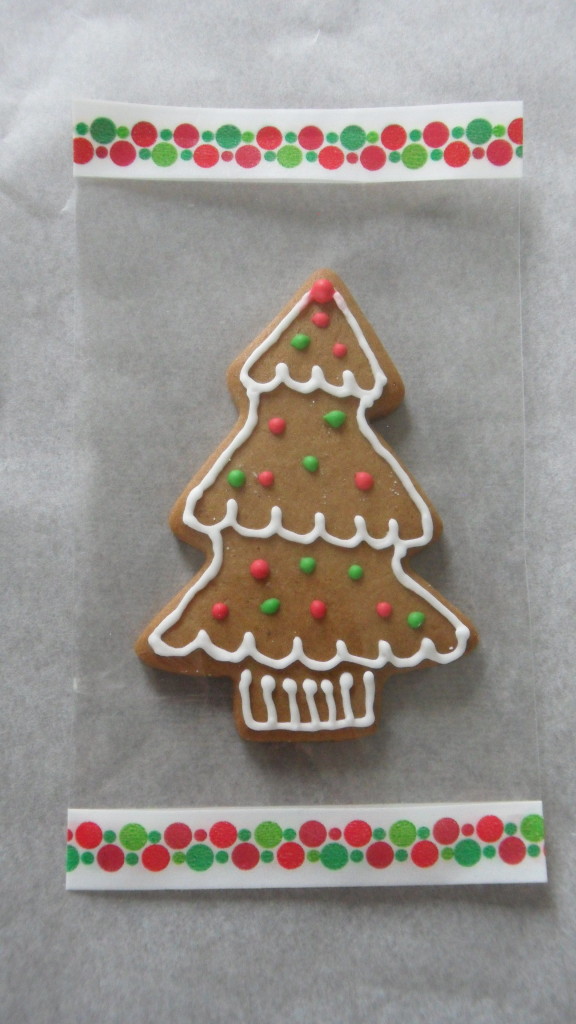 The photo at the top of the page shows my lot of decorated Christmas Pepparkakor biscuits. Mum and I used biscuit cutters in different shapes and sizes of stars, snowflakes, angels, Christmas trees, and holly leaves. The photo below shows Mum’s decorated biscuits: 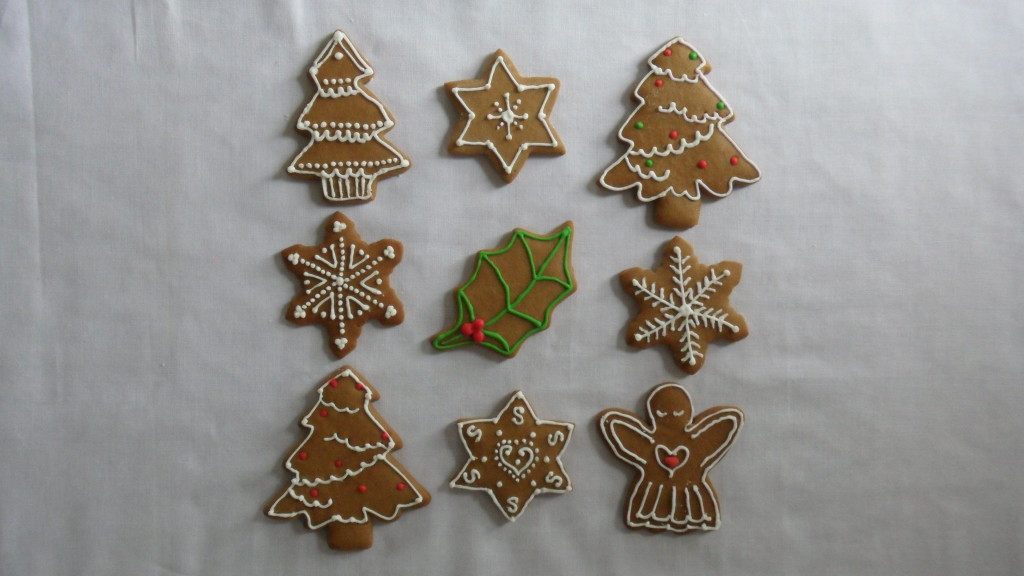