My own home-grown and organically grown, artichoke drenched in Lemon Butter Sauce, with side dishes containing extra lemon butter for dipping the petals in, and a finger bowl with lemon juice and water to rinse buttery fingers. 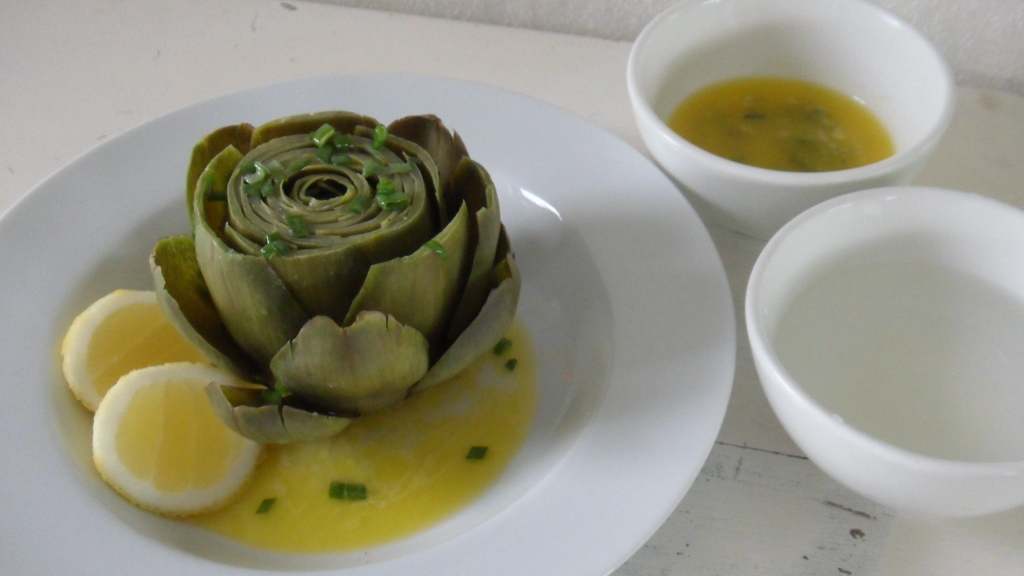 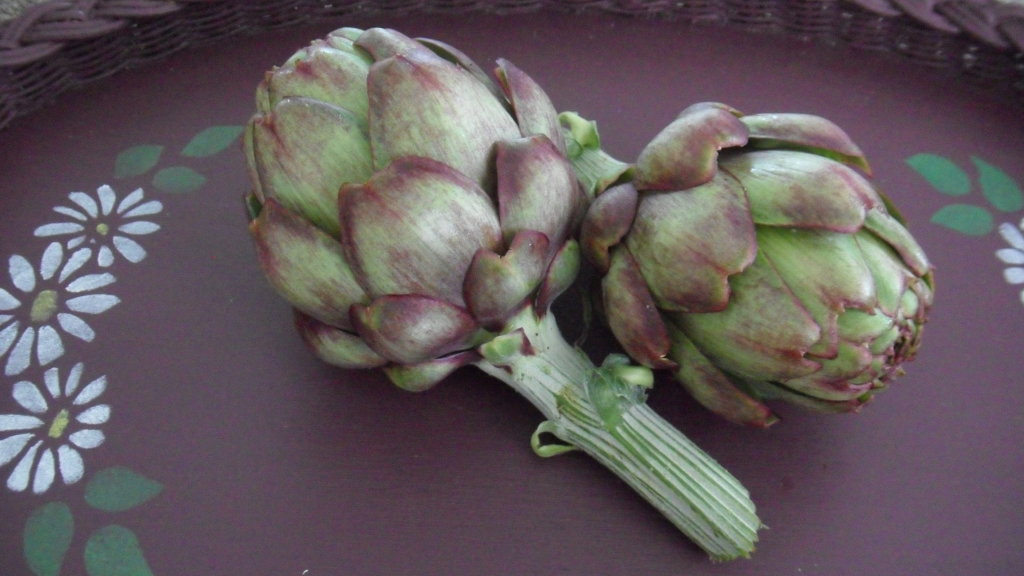 Here are my artichokes! Their colouring is so very pretty with shades of aubergine, green, and silvery white on the stem. Mum had the most perfectly colour-matched tray to place under the artichokes that complimented the natural colours beautifully. The tray was up-cycled by Mum, who found it at a garage sale, painted it and then stenciled on the flowers.

Last year I posted about my first artichoke harvest. The artichoke plant was slow to grow, took about 14 months to produce flower buds, and the width of its leaves took up 2 and a half meters of precious space in our small garden. It was so slow to produce anything edible, that I was wondering if we would ever get any artichokes off it, or whether it would just end up being ornamental and taking up a large portion of the garden. When it finally produced buds, they grew extremely fast, taking only 20 days to go from a small flower-bud node to a size ready for harvesting.

The artichoke plant looked lovely in the garden with its huge leaves, but after a storm, in which it took a battering from high winds, some of the large leaves snapped off and the rest were left tatty. After the artichoke had stopped producing, someone (who shall remain nameless), thought it took up too much space in our small garden, (the plant wasn’t “space efficient” he said), and hacked the artichoke back to ground level, which at the time I wasn’t very happy about.

Fortunately, this certain someone didn’t get as far as pulling the roots out of the ground, and happily it grew back for a second season and it is better, stronger, and more productive than last year. We harvested our first artichoke for this years season on 19th October, and the following weekend we had several more artichokes ready to harvest, (which are shown in the above photos). Two more artichoke buds have since appeared, making this a very good season.

Now that I have that sorted, I prepare them as in the following recipe. The recipe is from Eat More Veg by Arthur Potts Dawson, who says that when he was a young child, his mother took him to a restaurant and ordered artichokes that were prepared with this lemon butter sauce. He says “I couldn’t believe it when this huge vegetable from another world arrived at the table”.

Artichokes taste like a sweet potato, and the following recipe is a lovely simple way to prepare them.

Juice of ½ a lemon

I let one of the later artichoke buds from this plant flower. The bud opened in late December (in New Zealand) to produce a 16cm across flower with long strands of feathery purple stamens. It is a very pretty flower – and here it is: 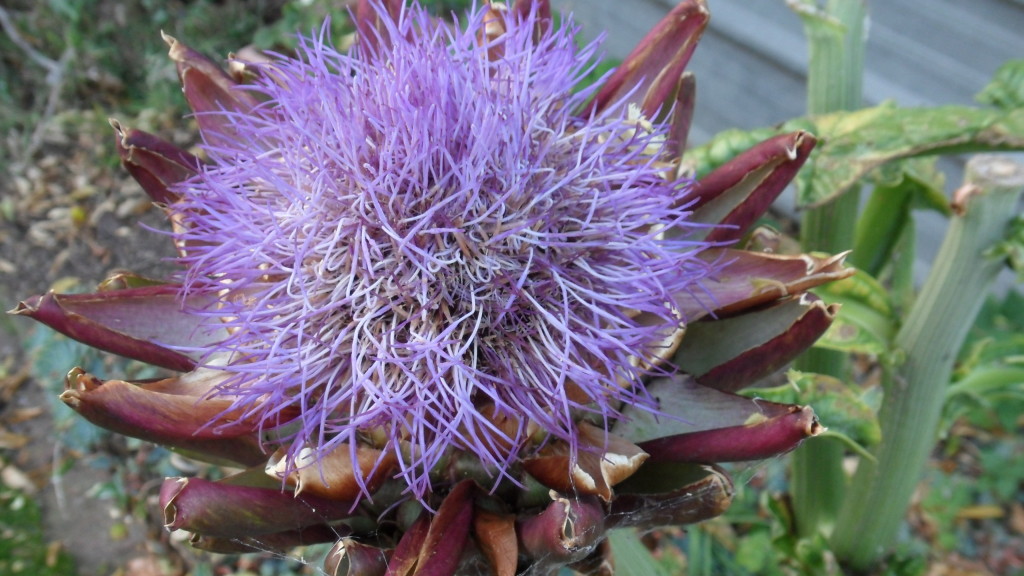