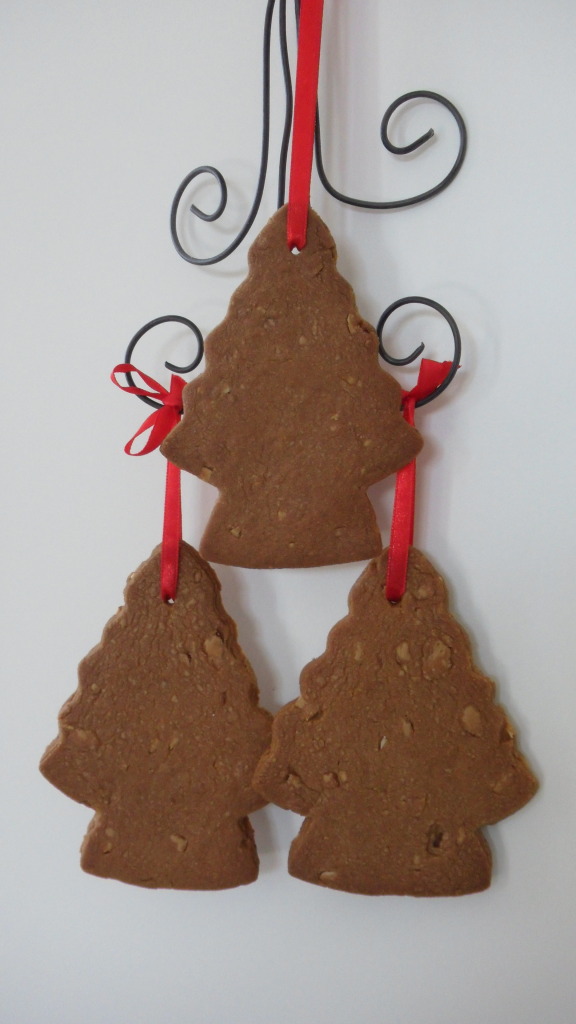 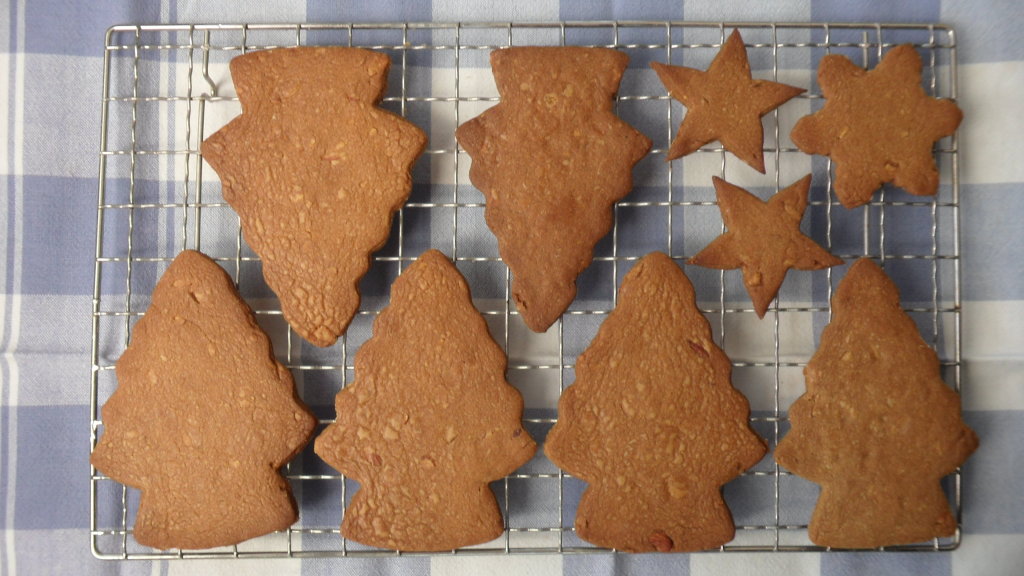 For those of you who like raw biscuit mixture rather than cooked, I can recommend this gingerbread biscuit recipe as a very, very tasty raw mixture indeed (I kept sneaking off to the fridge and cutting off pieces while the dough was cooling). But, biscuits are really about the end product, and these ones are crispy, light, and have just the right amount of ginger and cinnamon flavours, and the flaked almonds add a bit of interest and texture to the mixture. When the biscuits are baking in the oven, the kitchen is filled with a lovely warming spicy smell of Christmas.

The first seven ingredients warming in the pot: 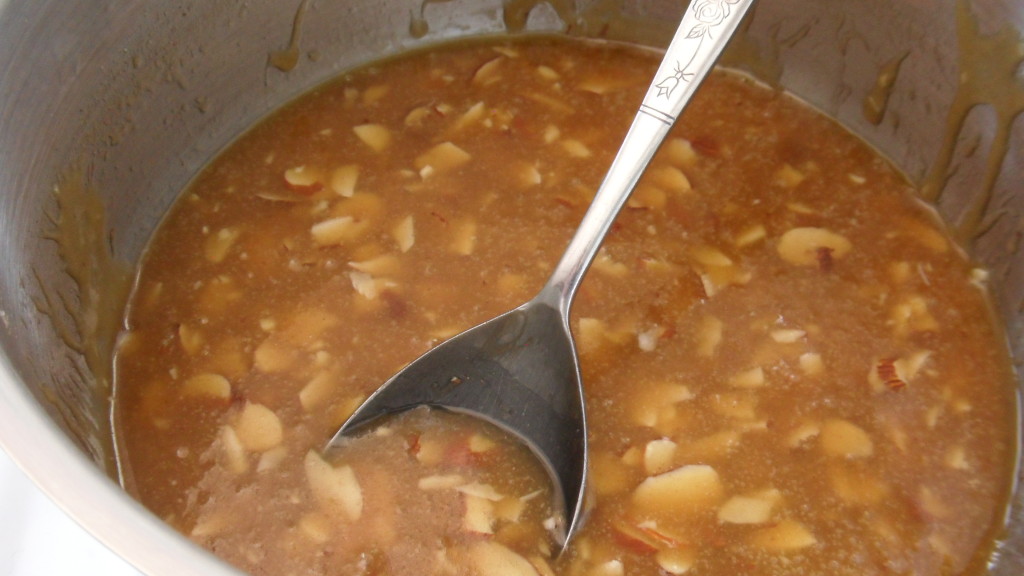 The biscuits in the process of being cut into Christmas Tree shapes: 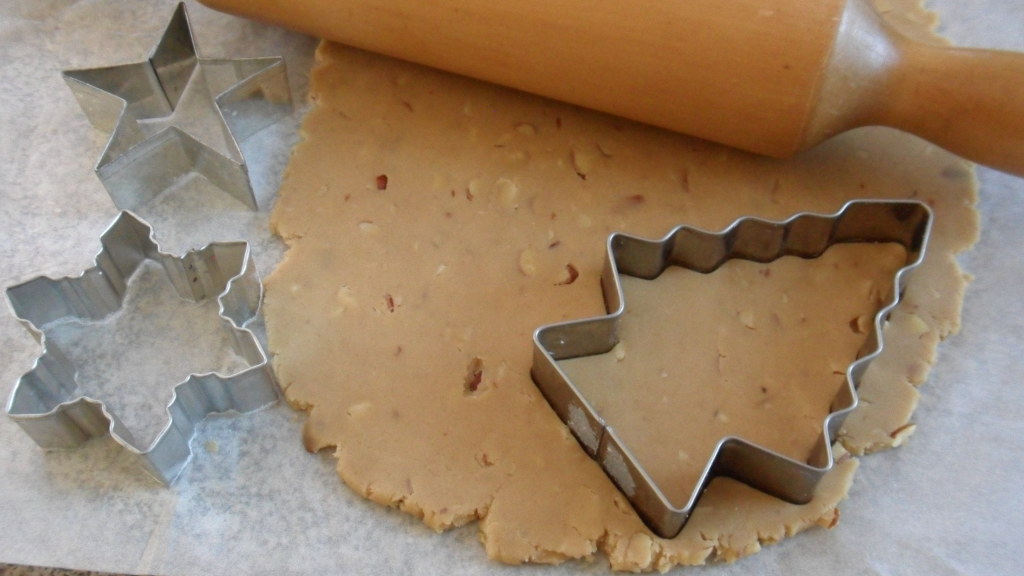