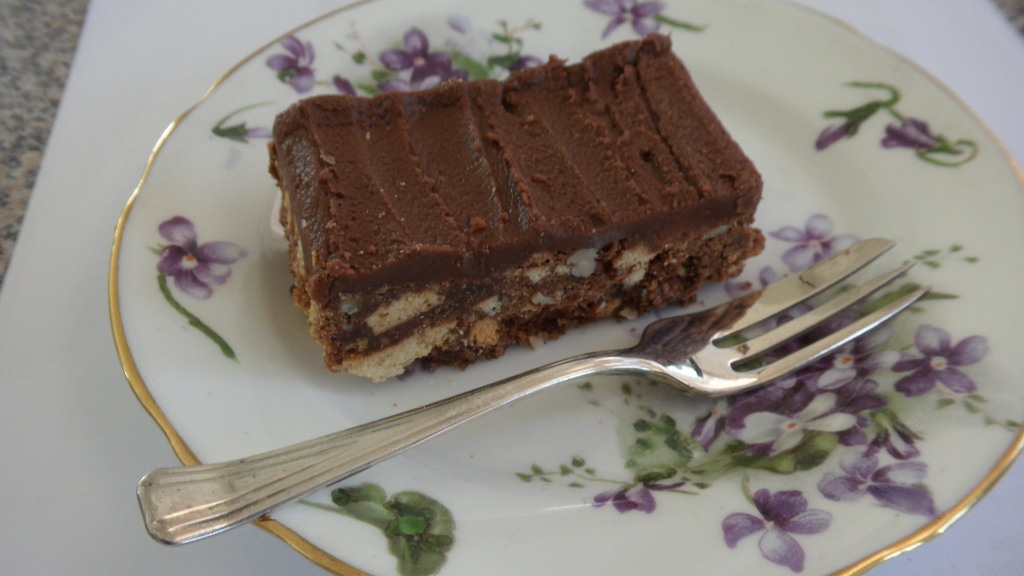 I know there are many recipes that incorporate biscuits into fudge, and there are better biscuit fudge recipes around, but for me, this biscuit fudge recipe holds many memories. This is because this recipe is in Mum’s first recipe book, written in her handwriting, and this is the first biscuit fudge recipe I ever made. I have known this recipe for many years and still think of it fondly. What I do like about this recipe is the addition of the walnuts, not just because as Mum’s recipe says: “1/2 cup chopped walnuts, chopped”, the superfluous word ‘chopped’ always amuses me, but because the walnuts add so much to the flavour and texture of this fudge. Plus, I enjoy the smashing of the biscuits with a rolling pin – this is always therapeutic  For additional therapy, Mum and I sat out in the Spring sunshine and smashed open walnut shells until we had half a cup worth of walnuts. These walnuts are organic and we sourced them locally by foraging around the base of all the walnut trees we know of in our local area. As soon as the walnuts start to fall, we are out there collecting!

A few drops of vanilla essence