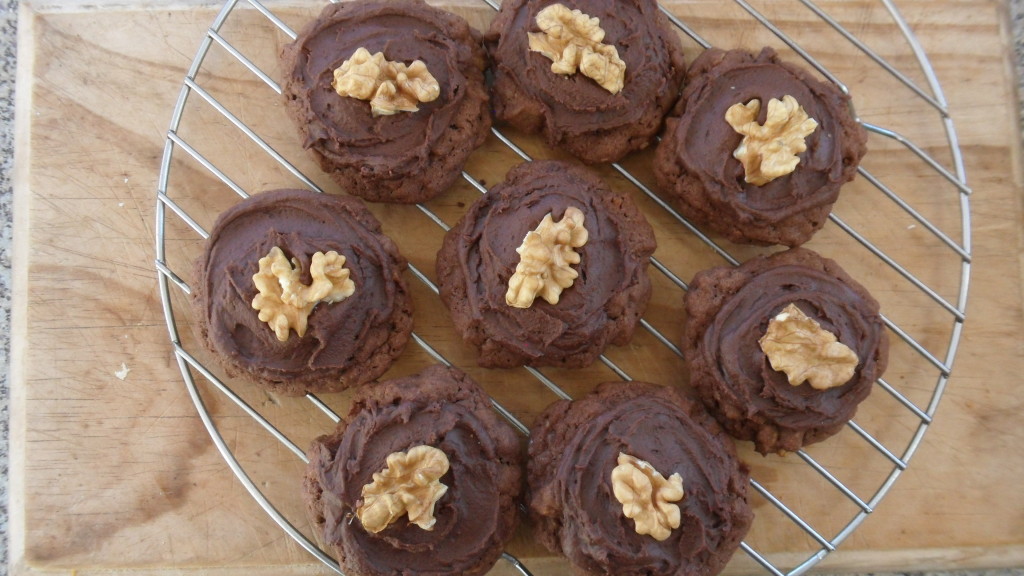 This is a recipe by Alison Holst, a legendary figure in New Zealand baking. Mum and I made the biscuits exactly as the recipe states, as you do not mess with an Alison Holst recipe.

These are really like Afghan biscuits, but this recipe is quicker to make as there is no need to cream the butter and sugar; the ingredients are stirred together in one pot, (so make sure you start out with a pot big enough to take all the ingredients).

I have copied out the recipe exactly from the one Mum had, including the chocolate icing for the biscuits.

In a medium pot, melt butter until barely liquid, then remove from heat. Add the sugar, vanilla and egg, and mix well with a fork.

Measure the flour, cocoa and cornflakes on top of this and stir until evenly combined.

Put teaspoon lots on baking trays leaving room for the biscuits to spread.

Bake 8-12 minutes until evenly cooked. While biscuits are warm lift onto cooling rack.

Stir together chocolate chips and sour cream and heat gently until chocolate has melted. Microwave mixture for 30 seconds on high – stir after 15 seconds.

Ice biscuits and top with walnut. 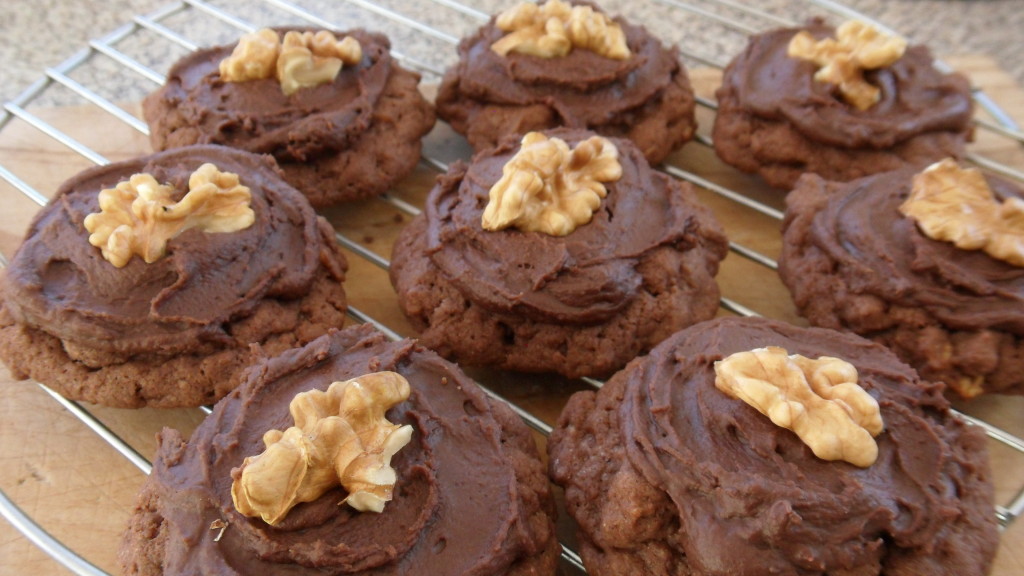 The following photos show the raw mixture and the cooked mixture to show how much the mixture spread:

Before the biscuits went into the oven: the raw biscuit mixture on the tray: 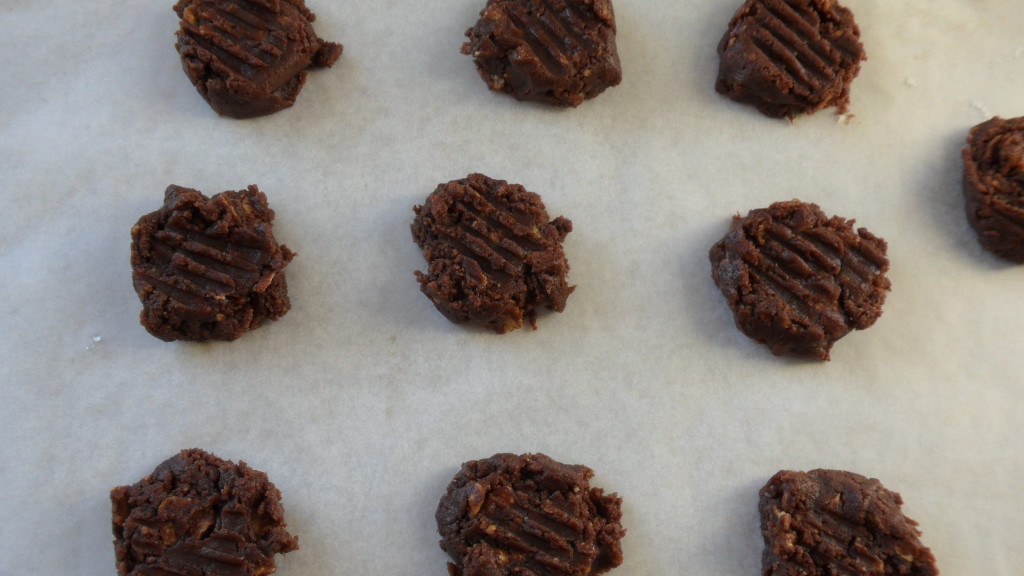 The same biscuits, now cooked, showing how much they spread on the tray during cooking: 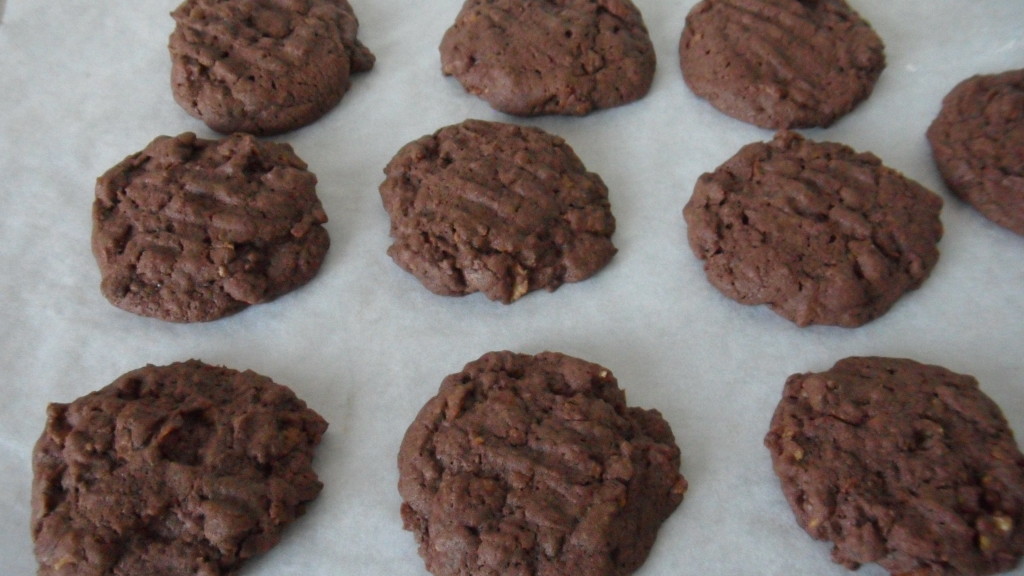 This mixture is sweeter than regular Afghan Biscuits and contains more cocoa. Regular Afghan biscuit mixture is my favourite cookie dough for eating raw, and this recipe’s raw mixture isn’t as moreish, but it is still good.

We got 28 biscuits out of the mixture and cooked them for 10-12 minutes.

These biscuits crisp up when cooling. With the icing on top, they will soften.

The icing is the only diversion we made from the recipe – and this is only because we didn’t have any sour cream or chocolate chips. We made a standard chocolate icing from: icing sugar, cocoa, butter, hot water, and vanilla essence. I added a dash of Cointreau, an orange liqueur, as the orange flavour combined with the chocolate is very complimentary. It’s not too boozy, but I do like the chance to add Cointreau into anything!