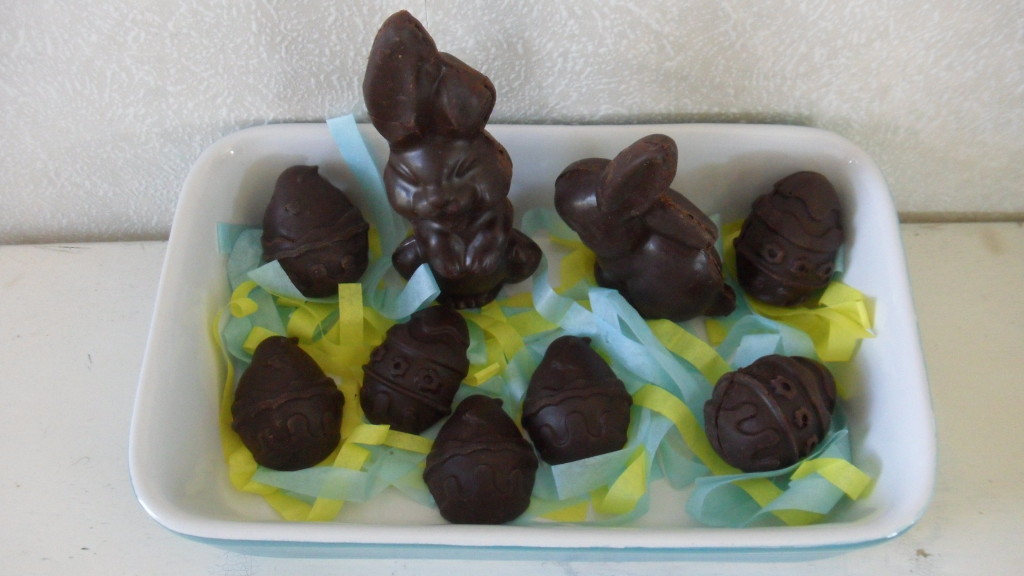 On Easter Sunday Mum and I made our own Easter-themed Chocolates.

We used Whittakers 50% cocoa dark chocolate. Chocolate with at least 50% cocoa solids is recommended for melting (65% and above is better still). Milk chocolate has a lower amount of cocoa solids and white chocolate has none at all, only cocoa butter, which makes it easier to burn, harder to melt and more likely to seize.

Set up a bain-marie – this is a pot on the stove with 2 cm of water in the bottom and a snugly fitting bowl to sit on the pot. Heat water until just simmering, or fizzing, but not boiling. Place bowl over the pot, making sure the bottom of the bowl does not touch the water. Keep all water away from the chocolate, as one drop will affect the consistency of the chocolate.

Place ½ to ¾ of the chopped chocolate in the warmed bowl. When melted, remove from the heat and add remaining chocolate and let the chocolate sit and melt.

Spray the chocolate moulds with non-stick cooking spray so it is not too thick and just covers the surface.

Brush the melted chocolate into the moulds, then refrigerate for 20-30 minutes, or until set. Brush on a second layer of chocolate to thicken and strengthen the chocolates so they are less likely to break when removed from the mould. 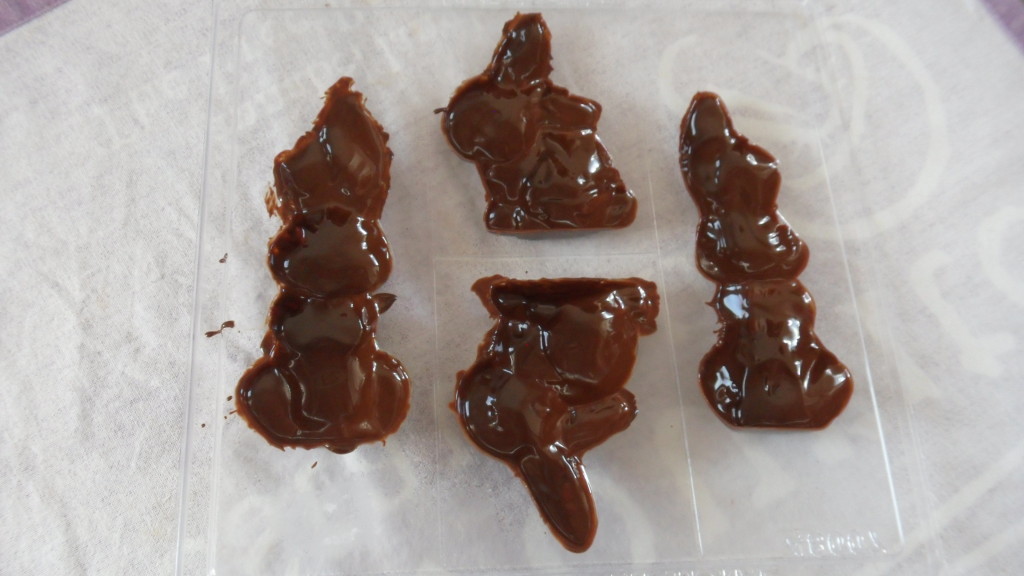 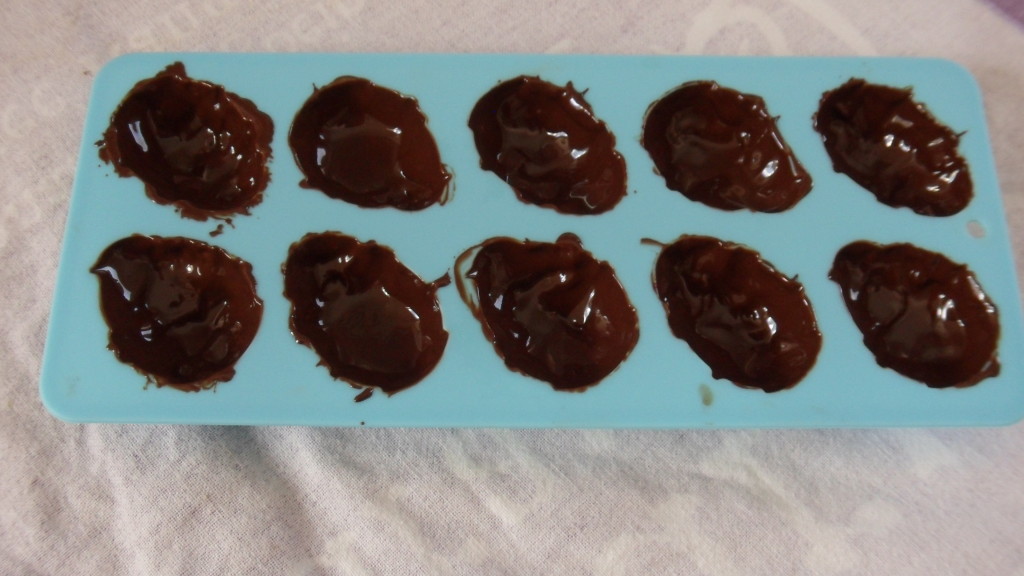 Next, we made a chocolate ganache to fill the hollow chocolate shapes.

This is a recipe from Heston Blumenthal called “Chocolate Truffles” (the chocolate ganache part is the filling in his truffles).  Heston uses a 50:50 ratio of chocolate and cream:

(These are the proportions we used to make the ganache. I have included Heston’s full Chocolate Truffle recipe in the next blog.)

Heat cream gently in a pot at medium heat and bring up to a simmer. Melt the chocolate (we had melted chocolate left over from the chocolate moulds as above).

When the cream is simmering, remove from the heat and add the salt. Add cream to the melted chocolate a third at a time, making sure that the cream is thoroughly incorporated after each addition. Allow to cool at room temperature for 4 hours, then place in the fridge for 5-6 hours or until set.

We set aside a portion of the ganache and added a small amount of Cointreau for a bit of extra flavour.

Cook’s Tip: For a very quick way to make Chocolate Ganache, use a 50:50 ratio of chocolate and cream. Heat the cream and pour over chopped chocolate and leave to melt.