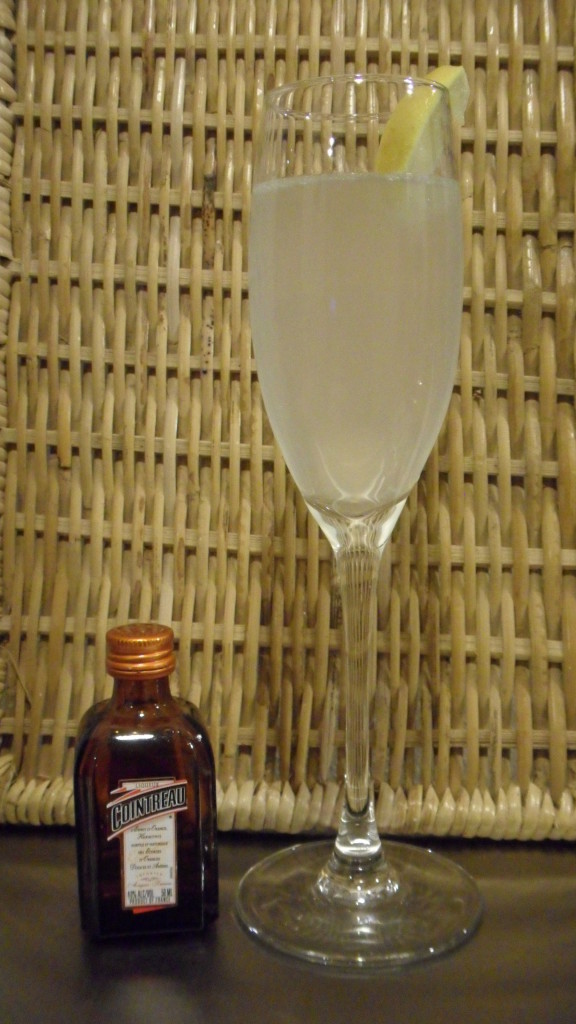 Cointreau was first sold in 1875, and is a brand of triple-sec (an orange liqueur). This cocktail has a great provenance as it is recommended by Alfred Cointreau, Heritage Manager for Cointreau, and the 6th generation representative of his family’s business. He is the Great-Great-Grandson of the original Cointreau recipe perfecter and producer, Edouard Cointreau, and was in New Zealand recently to promote Cointreau’s latest product, Cointreau Noir, a collaboration between Remy Martin and Cointreau to produce a liqueur that is 70% Cointreau and 30% Remy Martin XO cognac.

At the home of Cointreau in Angers in the Loire Valley in France, the liqueur is distilled from the peels of sweet and bitter oranges. The tangy orange flavour, blends nicely in so many recipes, not only in drinks where it is the ingredient in some famous and classic cocktails such as the Cosmopolitan and the Margarita, but with food as well. For a very moreish recipe for spiced nuts containing Cointreau, see my previous blog on ‘Rosemary Cointreau Spiced Nuts’. Very nice indeed.

Cointreau is a clear liquid and goes cloudy when poured as the essential oils from the oranges react with the surroundings.

Mum and I found a cute miniature 50ml bottle of Cointreau which was enough to make a couple of batches of ‘Rosemary Cointreau Spiced Nuts’ and the following cocktail, which is a very refreshing drink. Unlike some cocktails, the ingredients are easy to find.

Sparking water to top up