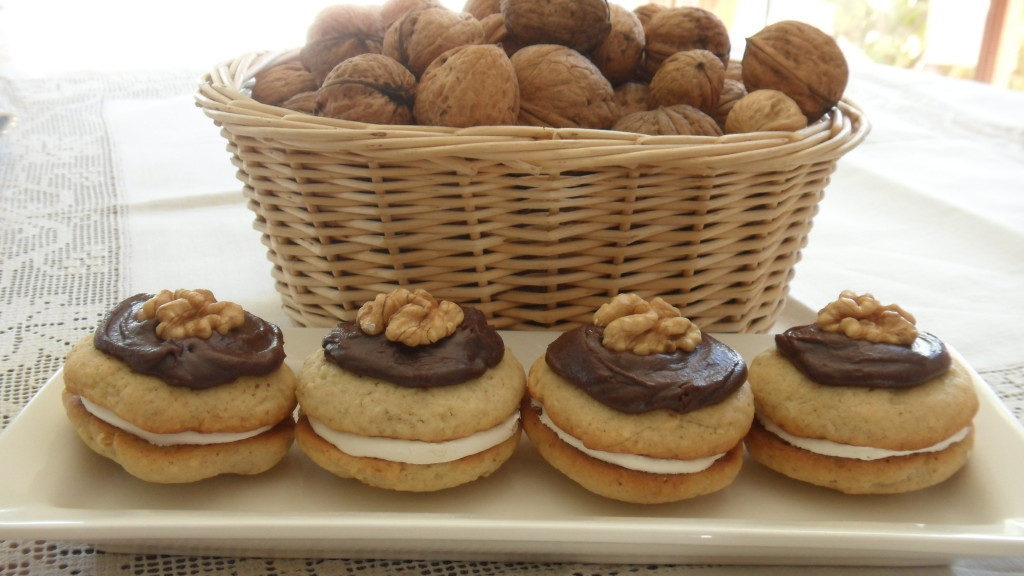 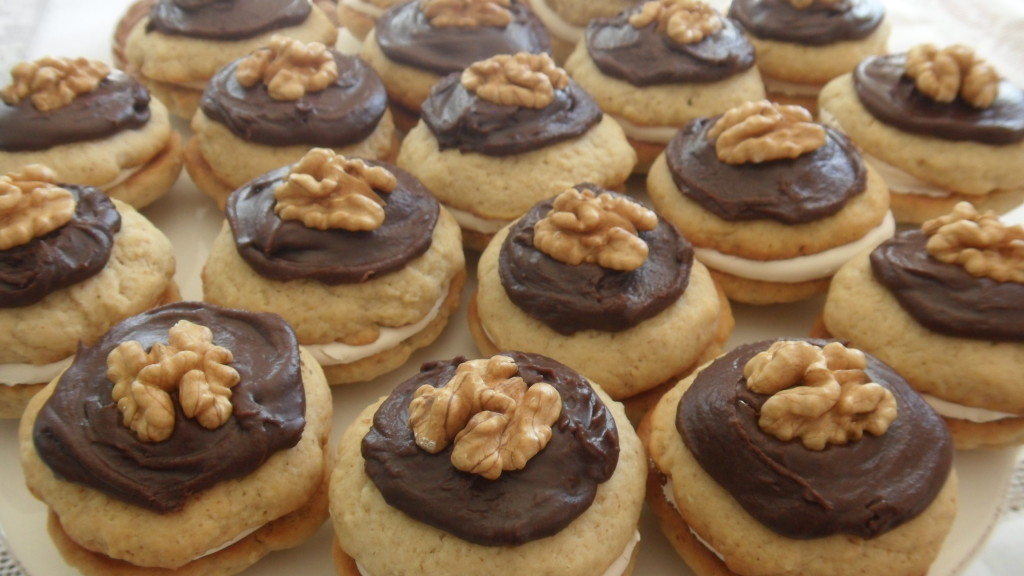 These have ground almonds and ground walnuts in the mixture and the whoopie pies halves are held together with marshmallow filling. Chocolate icing adorns the top, and walnut halves sit on top of the chocolate icing.

Moving on from the English literature interlude to baking….

The recipe is from Claire Ptak’s The Whoopie Pie Book. In the introduction to her book she says: “A whoopie pie is not a cookie or a typical cake, and it’s definitely not a pie. In fact, no one seems to know WHY it’s called a pie. A whoopie pie is somewhere between a cupcake and an icecream sandwich – a cupcake with the ‘icing’ in the middle. Whoopies originated in the US in the 1920s, though their precise birthplace is still under debate. These cake sandwiches have been showing up in the lunch boxes of the Pennsylvania Amish for generations (the story goes that the Amish farmers’ wives made them from leftover cake batter as a lunch treat for their husbands) and bakeries and petrol stations in the state of Maine have been selling them for years.”

I must say that the name Whoopie Pie bothers me. The name alone doesn’t describe it at all. Without a picture to identify what the heck a Whoopie Pie is, there has to be a long explanation and description of what it is, which is hard to pin down anyway.

We were unsure if the recipe had the ½ teaspoon of baking powder, so added it in anyway (we now know that the official recipe doesn’t include this). Also we weren’t sure what filling to make. We had Claire Ptak’s Fluffy Marshmallow Filling recipe, so made that (and have since found out that Claire suggests Vanilla Swiss Buttercream).

We took the long way around to get to the ground almonds. Mum had whole almonds in the pantry, so we blanched them first by soaking them in boiled water to soften the skins, removed the skins, let the almonds dry out, then ground them into a fine powder. We had lots of whole walnuts in shells, so we had to crack them open first, then grind the walnuts into a fine powder. The walnuts contain a lot of oil and so the powder of the walnuts was a cakier consistency.

I now have the actual book and the official recipe so this is what follows. We ended up with 46 medium-sized whoopie pies from this recipe. I have included choices of either Fluffy Marshmallow Filling (that Mum and I made) or Vanilla Swiss Buttercream (as Claire Ptak suggests), and two choices of Chocolate Icing.

As alternatives, Mum and I think that regular Buttercream Icing (butter, icing sugar and vanilla essence) with a hint of golden syrup added would make a lovely filling instead of the marshmallow or the Vanilla Swiss Buttercream. Plain whipped cream would be a nice filling too.

(Plus: Fluffy Marshmallow Filling or Vanilla Swiss Buttercream and Chocolate Icing, or melted chocolate for icing)

In a bowl, sift together the flour and bicarbonate of soda. Stir in the salt and set aside.

In a separate bowl, cream together the butter and sugar until light and fluffy, using an electric hand whisk or a free-standing mixer fitted with the flat beater. Add the egg and mix well. Measure the vanilla and buttermilk into a jug and add half of this to the butter mixture. Slowly add the dry ingredients, mixing until just incorporated. Add the remaining buttermilk until well combined, then fold in the ground nuts. Chill for 30 minutes. 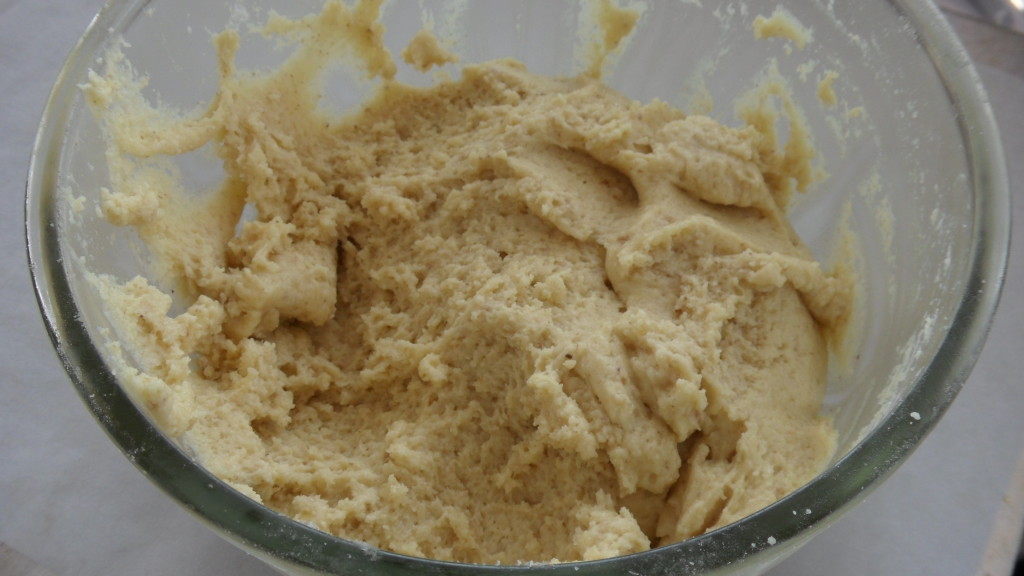 Drop 18 large or 48 small scoops of batter, about 5cm apart, onto the prepared trays. 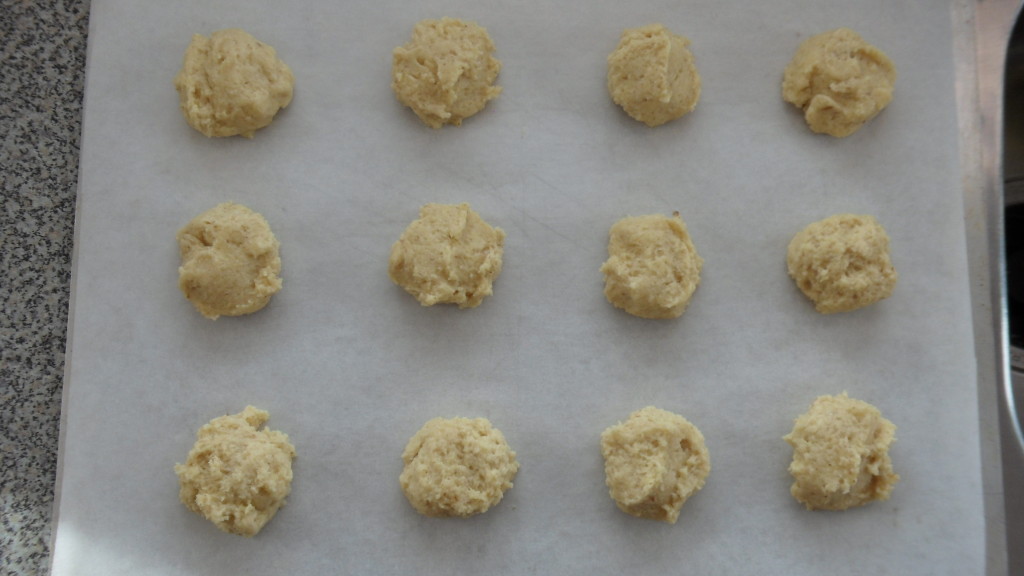 Bake in the middle of the oven for 10-12 minutes for large whoopies or 8-10 minutes for mini whoopies, until the cakes are left with a slight impression when touched with a finger.

Remove from the oven to a wire rack and cool completely. 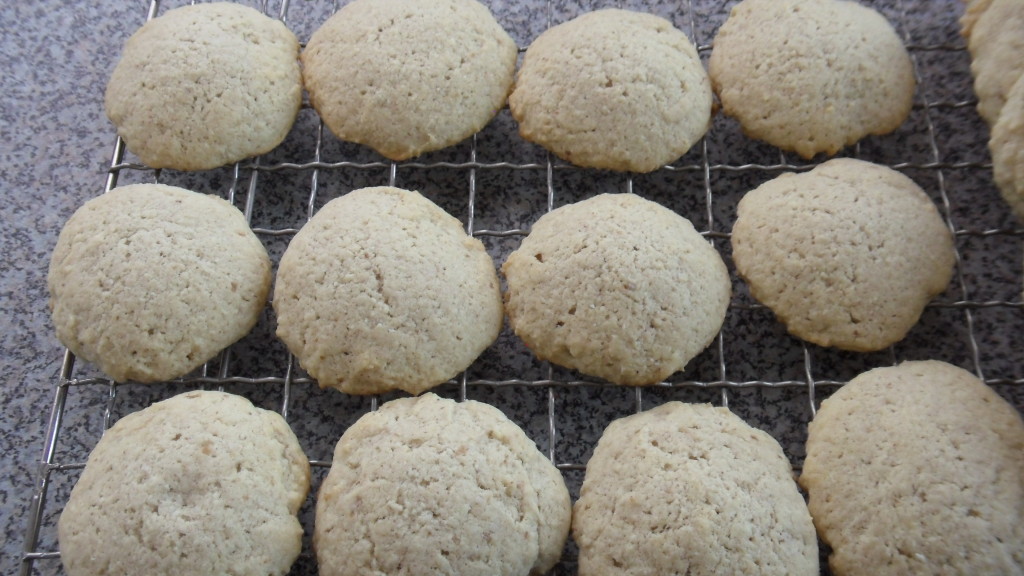 Pipe or spread a generous amount of filling on the flat surface of a cooled whoopie. Top with another whoopie, then add a generous piping or spread of Chocolate Icing and garnish with half walnuts or chopped walnuts. 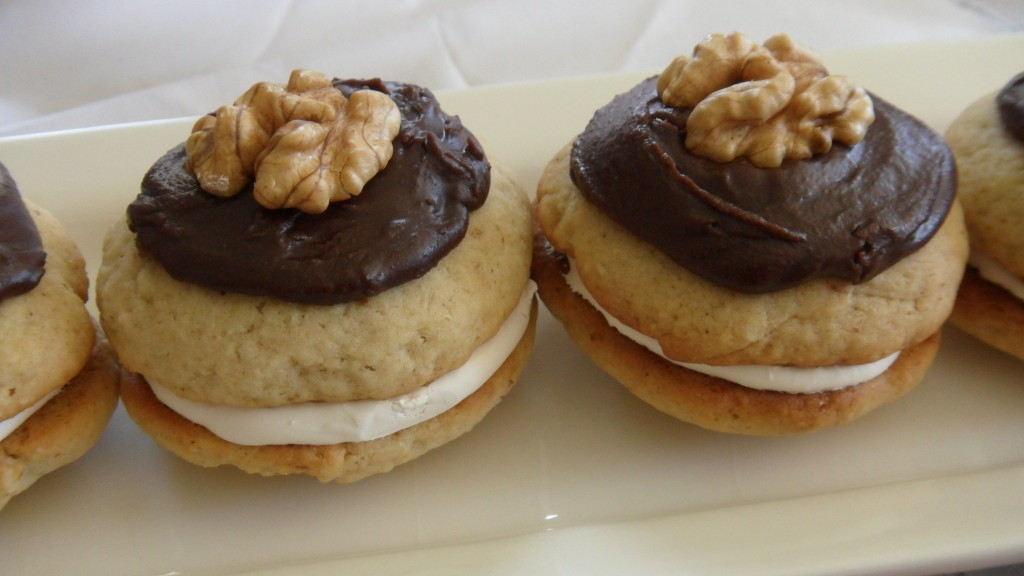 Weigh all the ingredients into a heatproof bowl (the stainless steel bowl of a free-standing mixer is ideal) and place the bowl over a saucepan of boiling water (bain marie). Whisk continuously by hand until the sugar has dissolved and the mixture is frothy and slightly opaque (about 10-15 minutes).

Remove from the heat and whip the mixture on high speed in a free-standing mixer until it is white and thick and holds its shape. Use straight away.

In a bowl, beat the butter until fluffy, using an electric hand whisk or a free-standing mixer. In the metal bowl of a free-standing mixer, combine the 3 large egg whites with the caster sugar, golden syrup and the vanilla seeds. Place the bowl over a saucepan of barely simmering water and whisk continuously by hand until the sugar has dissolved and the mixture is frothy and slightly opaque (about 10-15 minutes).

Transfer the bowl of egg whites to the free-standing mixer, add the vanilla and whisk until fluffy and cooled (about 10 minutes). Once cool, start adding the creamed butter in batches, whisking well after each addition. The mixture will curdle but then come back together again. Switch to the flat beater and beat for 3 minutes more.

This will keep in a sealed container in the fridge for up to 5 days. Bring to room temperature and beat with a flat beater before using.

Claire Ptak suggests melting 500g chocolate in a heatproof bowl over a pot containing 2cm of water that has been heated to just simmering. Place half the chopped chocolate in the bowl and make sure the bottom of the bowl does not touch the water in the pot. Turn the heat off. Occasionally stir the chocolate. Once melted, add the remaining half of the chopped chocolate. Remove from the heat and let the rest of the chocolate melt fully (about 10 minutes) before piping or spreading over the whoopies.

CHOCOLATE ICING (this is the icing Mum and I used)

NOTES on the recipes:

We got 12 whoopies to a tray, and smoothed off any ‘rough’ edges on the mixture so the whoopies would bake with a smooth top. We found that ¾ of a tablespoon of mixture was a good amount to place on the trays. We baked this sized whoopie pie for 12 minutes.

When it came to adding the dry ingredients, we mixed (folded) this in by hand, then added the rest of the buttermilk, folded that in, then folded in the nuts.

The raw mixture tastes lovely and ‘nutty’ with the almond and walnuts and when they first come out of the oven the walnut flavour is stronger.

The egg yolks left over from the filling, can be stored in the fridge by covering them with cold water to keep them fresh so they can be used at a later date.

The Marshmallow Filling will turn a fawn colour while being whisked over the hot water. When it is whipped with the beater, it becomes white and glossy and thick.

For more on these Whoopie Pies, my workmates, and April Fool’s Day, see my next blog post.