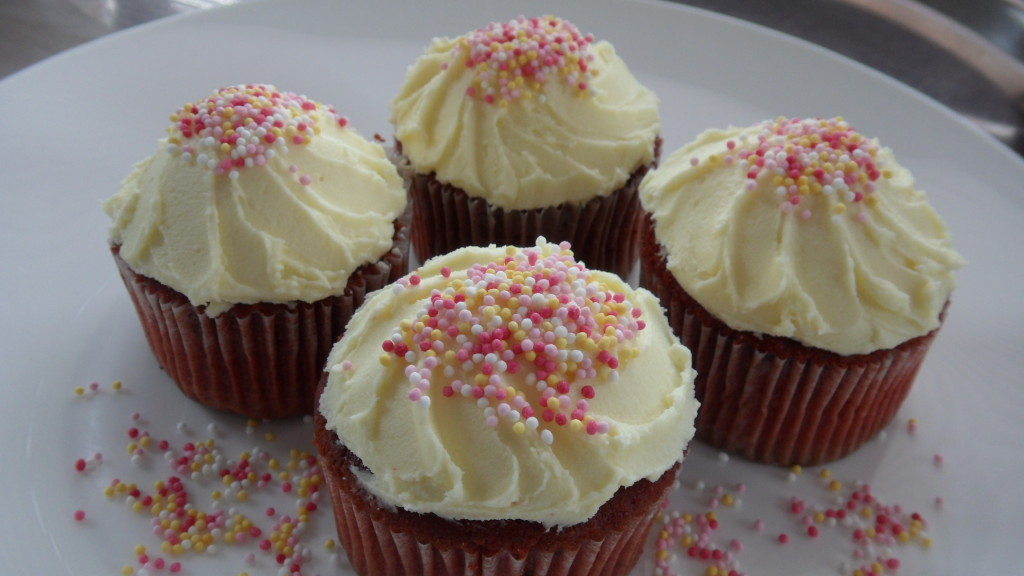 Red Velvet Cupcakes. These had been frozen. When thawed, we topped them with a rich Buttercream icing.

These are the Red Velvet Cupcakes that Mum and I made when I visited her last time. The recipe is from Tomato Cafe (see a previous post on this). The recipe made so many cupcakes that even after I had shared some out to my workmates and Mum had given some away, we still had some left over. We froze the remaining cupcakes for a later date.

The original batch of cupcakes was decorated with Vanilla Cream Cheese Icing. This time we decided to decorate the remaining frozen cupcakes with Buttercream Icing.

We made a small amount of Buttercream icing that was enough to cover 4 cupcakes.

Beat the butter until it looks creamy. Add the vanilla essence, mix, then add the icing sugar. 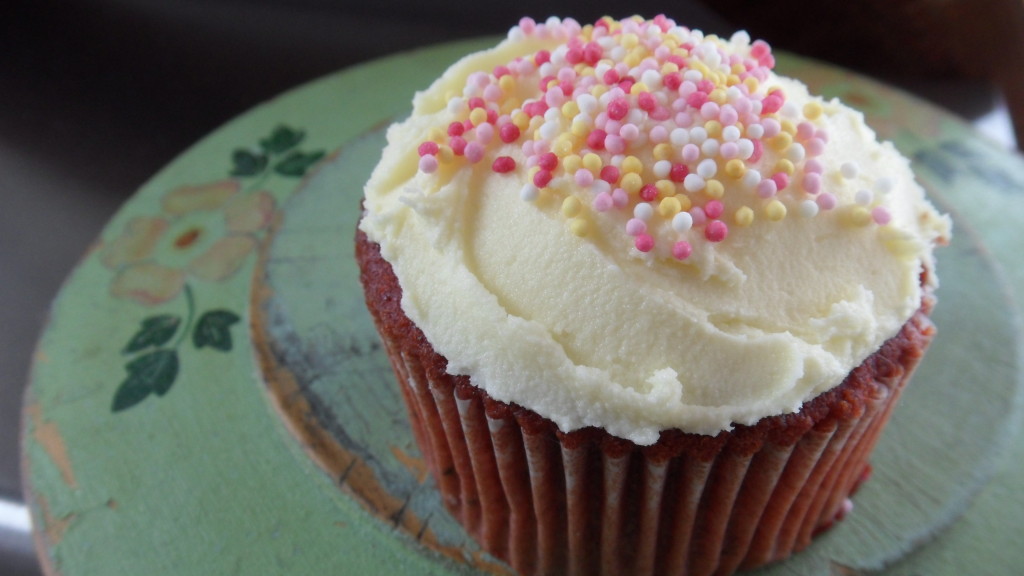 After the obligatory food photography session, we sat down and had a cup of coffee and reflected on our Red Velvet Cupcakes.

This was an interesting experiment to try the difference between the Vanilla Cream Cheese and Buttercream icings on the same batch of Red Velvet Cupcakes. I like the Vanilla Cream Cheese Icing with the Red Velvet, as it cuts through the sweetness of the cupcake, and is healthier to add cream cheese than a lot of butter. But the Buttercream Icing was what made it taste like a true cupcake, as the icing is very rich and buttery and adds the ‘indulgence factor’, that is very important when you are eating something special.