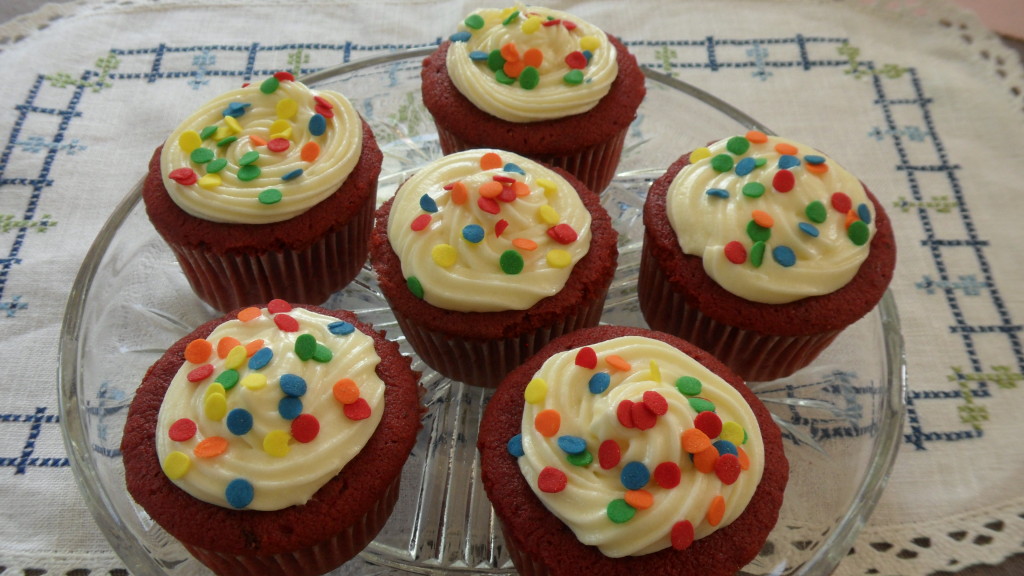 The icing hadn’t gone according to plan which was disappointing – Mum and I iced them on a hot day and the cream-cheese icing softened quickly. But the taste overall was delicious. I can stop the search for a Red Velvet Cupcake Recipe. This is the one!

The cross stitch cloth under the cupcakes was made by Mum.

Tomato Cafe is where I go every morning for my daily coffee and sometimes indulge in a Red Velvet Cupcake (as do my workmates). These cupcakes are so good I have been looking for a recipe to recreate their great taste. Several weeks ago I had tried a Red Velvet Cupcake recipe in the hope of finding one as good as Tomato Cafe. The recipe I tried was nice, but wasn’t quite what I was after (see my post “Red Velvet Cupcakes from Bluebell’s Cafe). The owner of Tomato Cafe said if it would help, I could have his own cafe recipe. How kind was this, and what a happy opportunity – I couldn’t believe this and I am so very grateful. The only thing is that I feel that I can’t possibly give out the recipe. Tomato Cafe may not mind, but I don’t think it would be fair if I posted it here.

What I can say is that the recipe is simpler than the previous one I tried a couple of weeks ago. The Tomato recipe has more cocoa, which is what I was looking for. The recipe contains pastry flour – which is something I haven’t had any experience with, so Mum and I just used plain flour and the cupcakes turned out fine. Next time though I will get hold of some pastry flour to see if the consistency changes. The recipe made 30 medium-sized cupcakes, truly a cafe sized large mixture! Next time I will halve the recipe as the mixing bowl was only just big enough to contain the wet ingredients, and we still had to incorporate the dry ingredients. 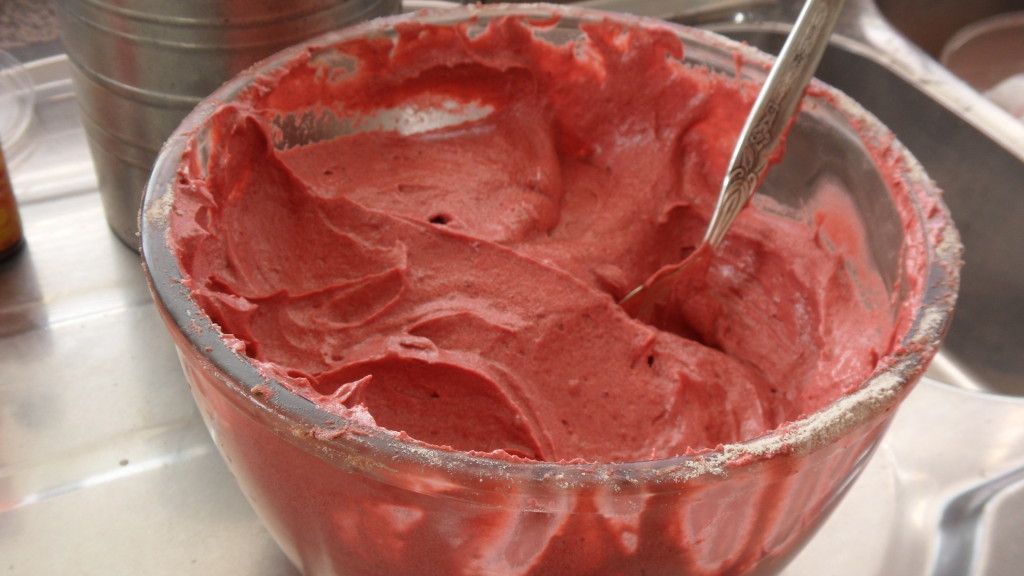 The recipe made so many cupcakes that I had enough to give to my workmates. When I got home I realised I had brought home enough for my workmates to have one each, but not one spare for me! I had to think about them in the fridge overnight and be very strong not to raid one – it was so tempting to do so. Mum and I had only tried one cupcake and that was one of the iced ‘reject’ cupcakes.

One recipe I can give out is the Cream-cheese icing recipe:

This icing will keep for up to a week in an airtight container in the fridge. Also it will keep in the freezer for several months.

Here is one of the famous Red Velvet Cupcakes from Tomato Cafe: 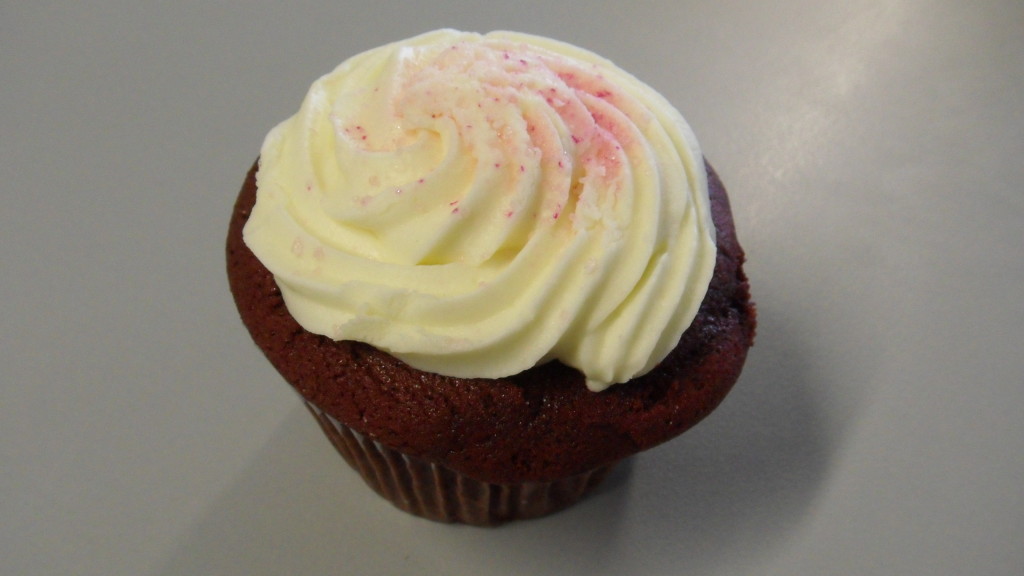