She did it! – Mum had ripe tomatoes before Christmas. And by doing so, she has achieved something special as this is the first time she has reached this goal. Rightly so, she is very pleased with herself. After all this time I had no idea that this is an annual competition that Mum has with nature. The weather has been strange over the last few seasons and this particular summer season was early and very hot through November and December, giving Mum the advantage of getting the tomatoes away to a good start.

This competition has its origins with Mum’s father. He would plant his tomatoes early in a well chosen spot, give them the best conditions and nurture them so he could claim bragging rights when he had tomatoes ready before Christmas. So for Mum, this competition is a way of bringing back memories and remembering her father. Grandad’s obsession with tomatoes must have been a big deal in the family as it is a well remembered occurrence. This is because when Mum’s brother visited over the Christmas holidays Mum showed him the tomatoes and made sure to mention that they were ripe before Christmas. I thought her brother’s reaction was really funny as he immediately recounted the story of Grandad and his quest for ripe tomatoes before Christmas.

The variety of tomato that Mum has is a ‘Hawke’s Bay Yellow’ tomato. This has a nice even flavour, not at all acidic like some tomatoes can be. The tomatoes are large and the flesh is soft and the skins peel off easily. The variety is such a good producer of tomatoes that they weigh the plant down. These tomatoes make great tomato sandwiches.

The birds also like them. The mother birds have been feeding chunks of the tomatoes to their babies straight off the bush.

Here are the yellow tomatoes. These are the ones Mum gave to me to take home. 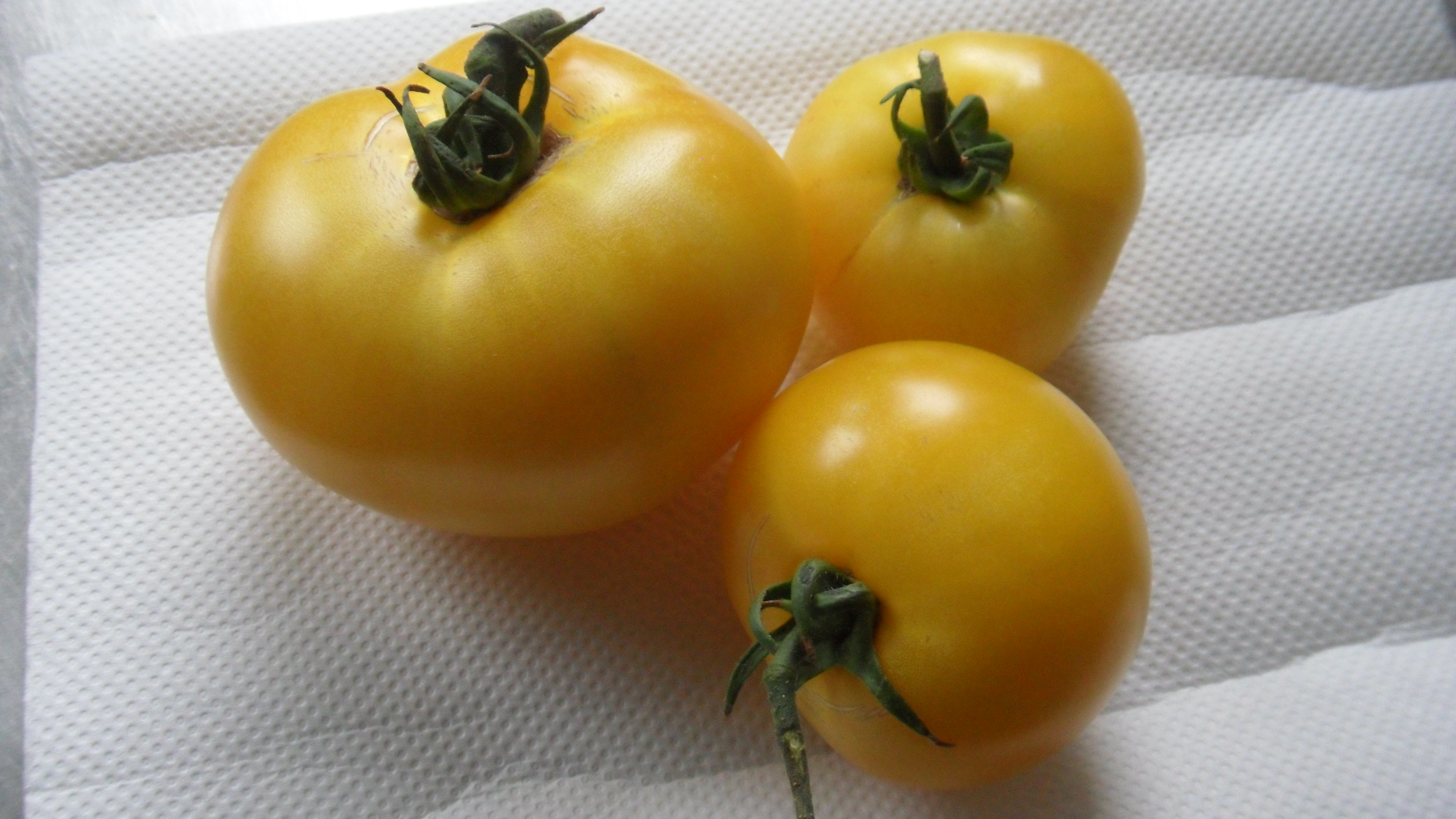