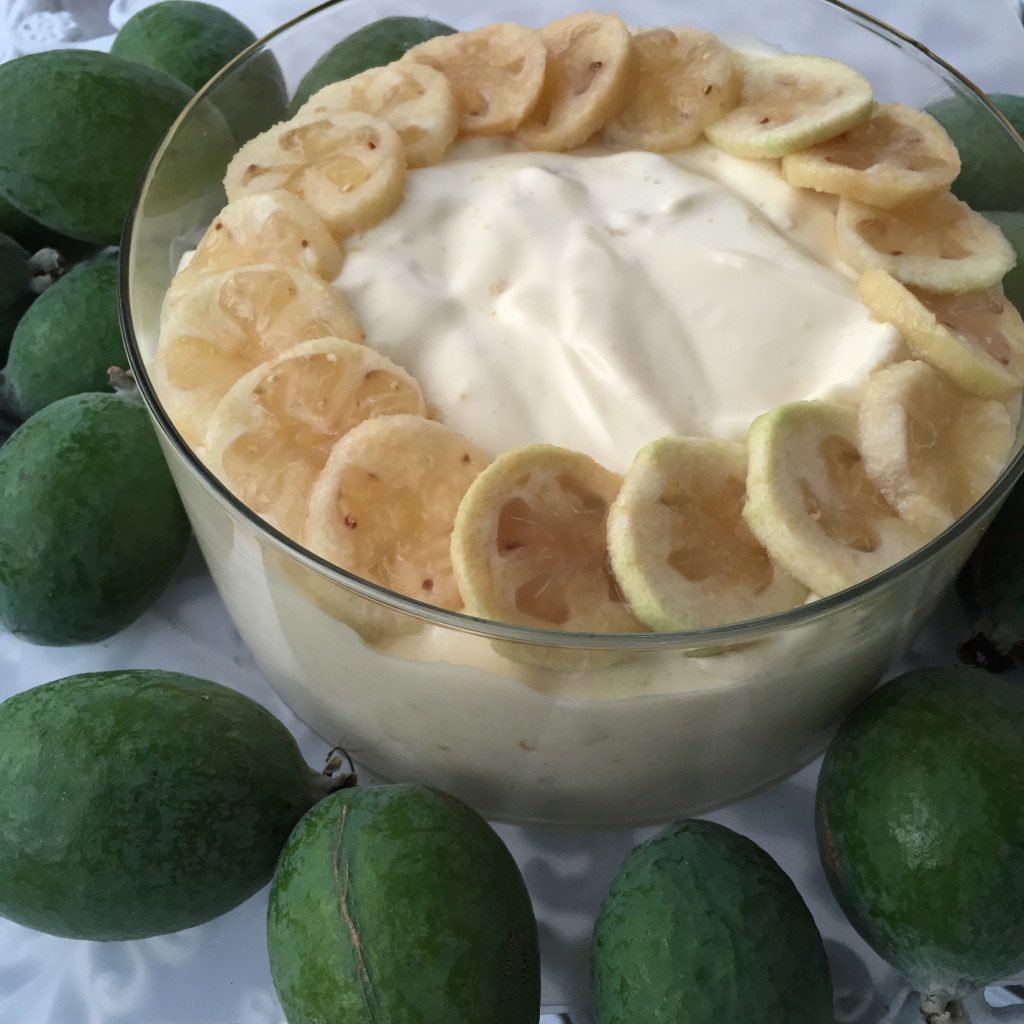 This dessert’s texture falls somewhere between mousse and marshmallow. I suspect this is a fairly old recipe, which among other ingredients includes lemon jelly being added to cooked feijoas, and then mixed with whipped evaporated milk – this may sound like an odd combination, but it is really tasty.

Evaporated milk is made from milk that has approximately 60% of water removed, to make it concentrated and thicker, and high in calcium. For this recipe we used a can of Carnation brand evaporated milk, made by Nestle. When whipped, evaporated milk has a lovely fluffy consistency, and whips up to just over twice its volume. Because of this, the recipe made a lot more than I was expecting….so we ate Feijoa Whip not only for dessert, but for breakfasts as well… 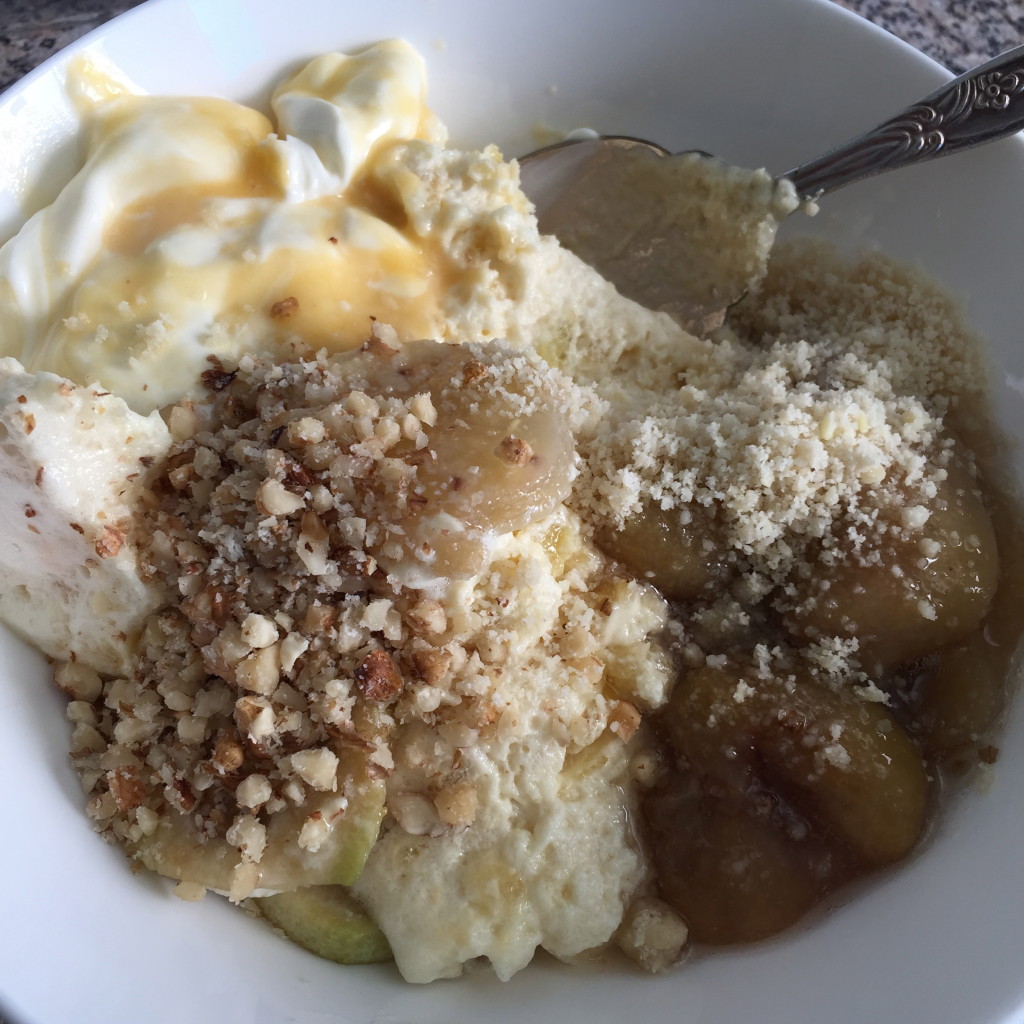 REMEMBER: to place the can of evaporated milk in the fridge to chill before making this recipe.

As a suggestion, use the leftover evaporated milk to make a small baked cheesecake. This one was lemon flavoured, and we used the recipe on the Carnation evaporated milk can, but reduced the amount of ingredients. You can view the full recipe here: 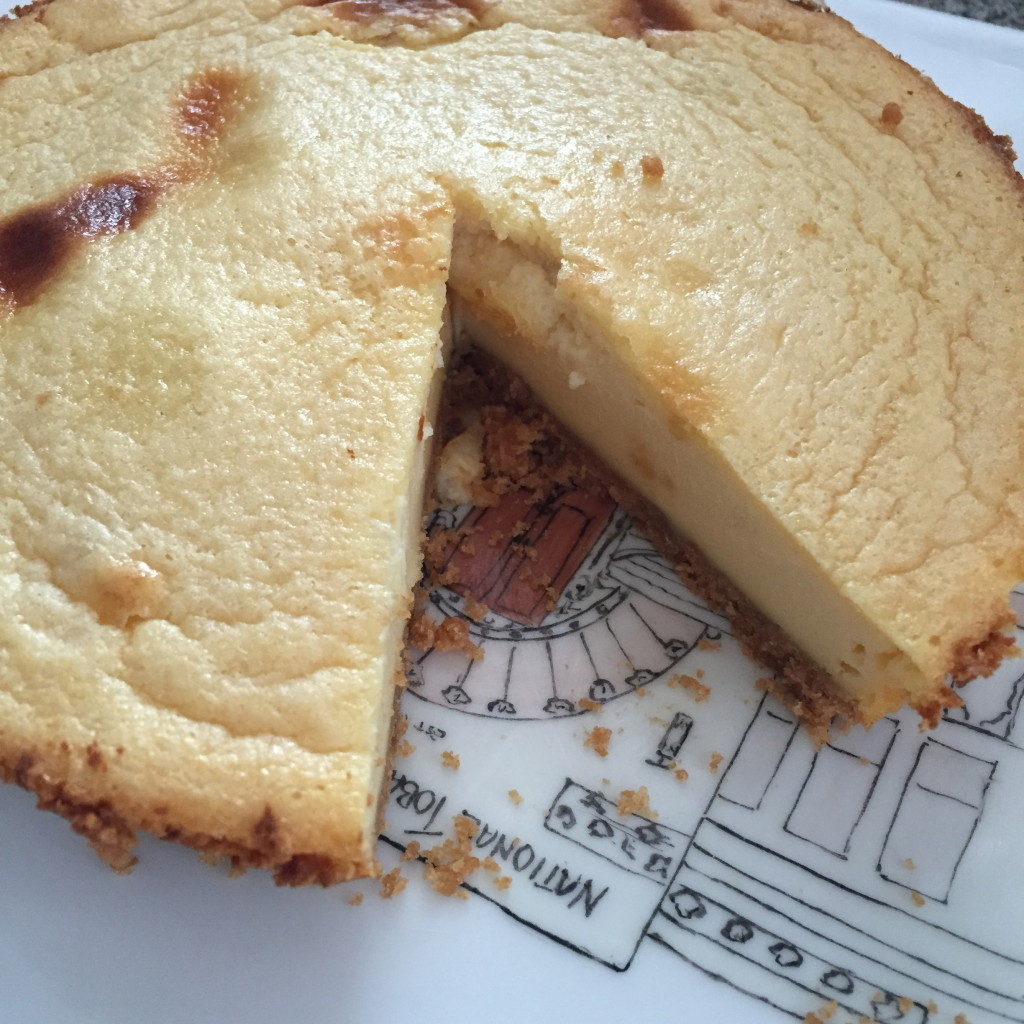 Posted by Admin on May 2nd, 2015 Posted in Breakfasts, Desserts and Puddings, Feijoas Tagged as: autumn fruits,baked cheesecake,breakfasts,cheesecake,dessert,evaporated milk,feijoas,jelly,Nestle,recipe,stewed feijoas
(Comments are closed)