French Toast made with Sourdough Bread 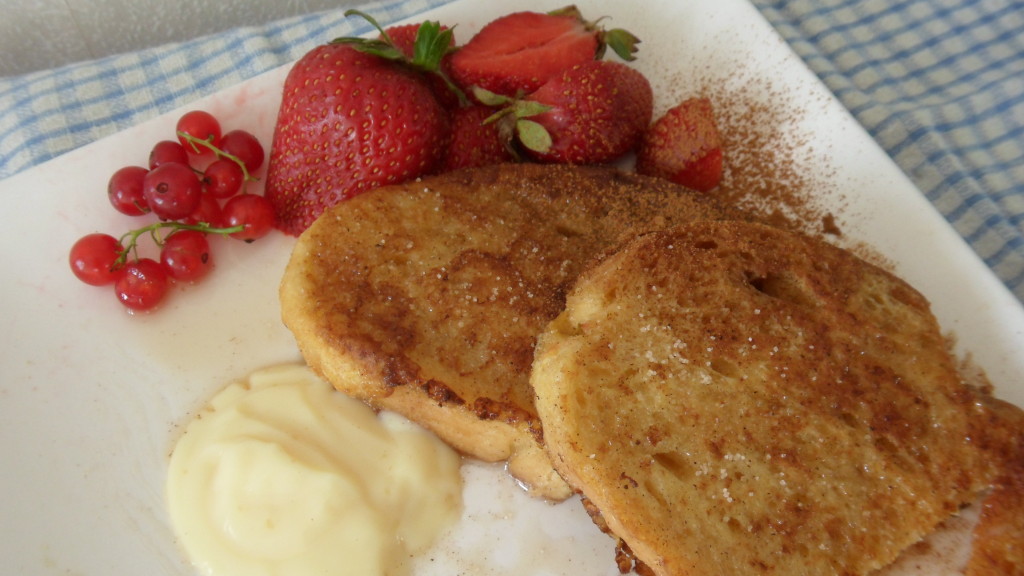 French Toast – made with sourdough bread. This is topped with a selection of fruits, cinnamon sugar, maple syrup, and the item in the bottom left corner of the photo is custard.

Try it, and you will see that custard is a crucial element on the plate with the sweet eggy bread, and cinnamon sugar. Then add a bit of raspberry jam (or raspberry sauce or coulis), and you have real donut flavours – mmmmmm donuts for breakfast disguised as French Toast – absolutely delicious!  Here’s a link to make a quick Raspberry Sauce: http://www.inthekitchenwithmum.com/2015/02/raspberry-sauce/

French Toast is quick and easy to make. This recipe only contains a small amount of sugar, so it is not too sweet and the maple syrup drizzled over the top of the French Toast, and the cinnamon sugar, can add extra sweetness if needed.

French Toast made with sourdough bread is a winning combination because the unique flavours of sourdough give an extra taste boost, plus the thick crust provides texture.

Mum and I bought our loaf of sourdough from a local café called Source. Out of this one loaf we made the French Toast as well as Bruschetta, and Asparagus Panzanella (see below for links to the recipes).

Source Café featured strongly in our breakfast as we bought our coffee grinds from there too. We sat in the bright sunshine eating our ‘Donut Flavoured French Toast’ drinking coffee made by The Original Firsthand Coffee Roasting Company. I am very impressed with this coffee; it is one of the few coffees that I have tried that has that café-style flavour when brewed at home in a plunger. The other great thing about this coffee is that it is roasted locally in the small township of Clive in Hawke’s Bay.

Amounts are enough to cover 4 pieces of sourdough bread

Butter, for cooking in 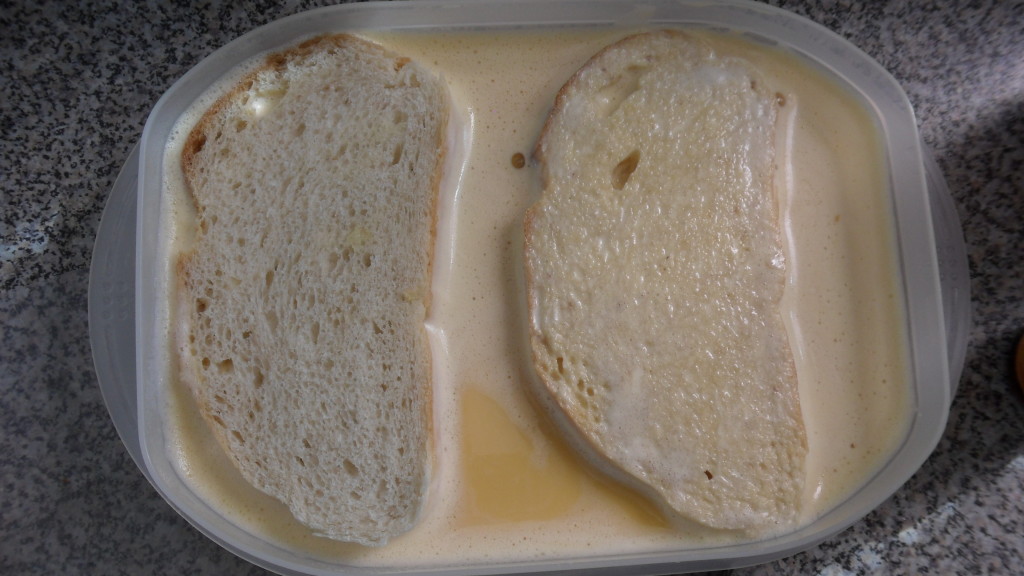 And for the sourdough bruschetta recipe, please click here: http://www.inthekitchenwithmum.com/2014/11/bruschetta/