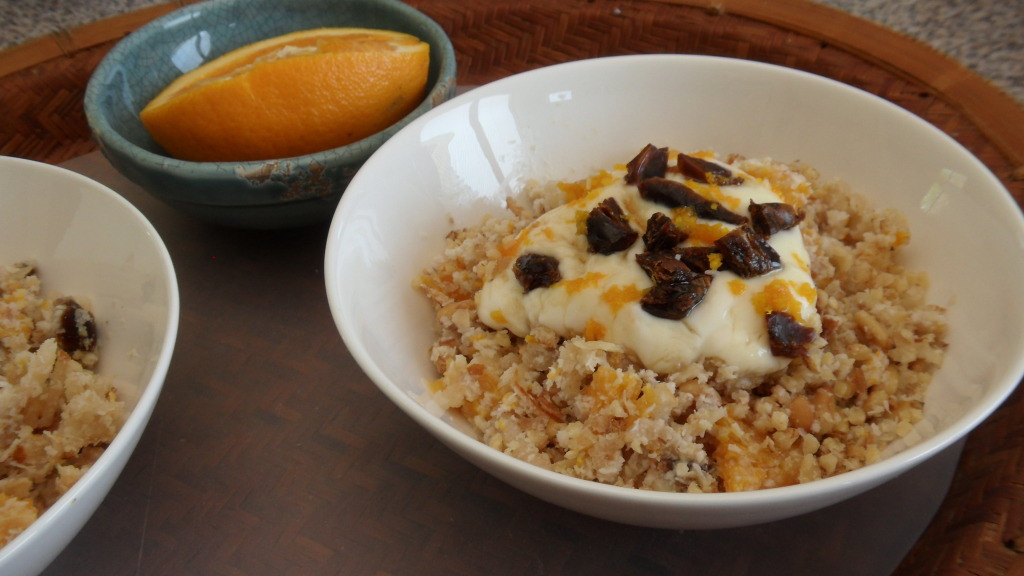 This recipe is healthy and delicious. I really like the coconut and orange flavours together, and the orange zest, juice, and pulp provides an intense, bright citrusy zing to start the day. The flavour combination in every mouthful is different, adding a nice bit of interest to each spoonful.

splash of maple syrup (or runny honey or golden syrup)

I have listed below the changes that Mum and I made to Aaron Brunet’s original recipe :

Some suggestions for ingredients that can be added to ‘change up’ the recipe are: toasted coconut, pumpkin seeds, sunflower seeds, sesame seeds, slivered almonds, dried cranberries.

Cook With Me: Recipes for Enjoying Every Day