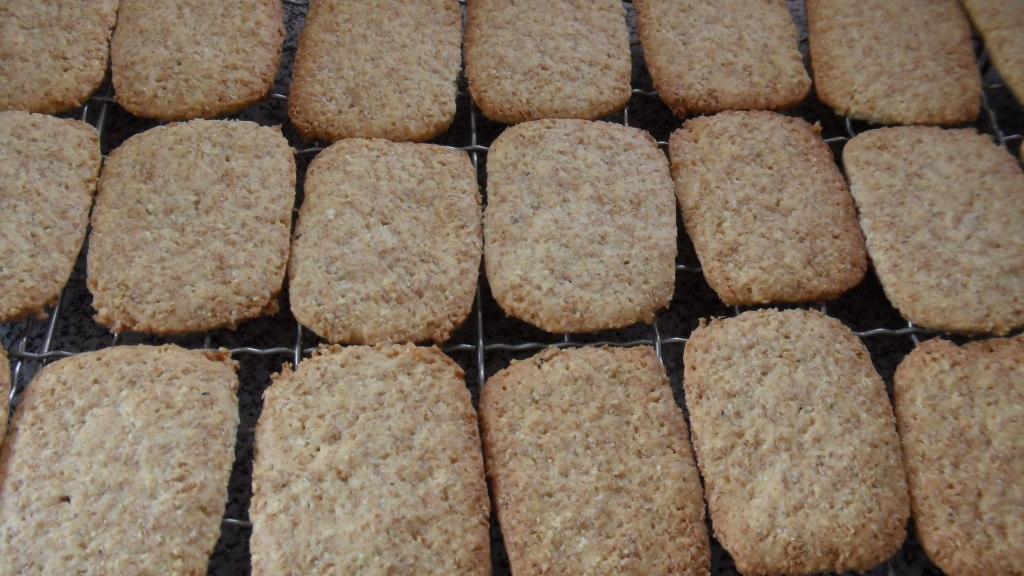 Mum made these Bran Biscuits recently and shared them with friends. This left the friends wanting the recipe, and asking which recipe she used, but of course, as everyone knows, and this is a recurring theme of this blog, it is never that simple with Mum and recipes. Mum referred to (the words ‘referred’ and ‘to’ are key here) two recipes to make these Bran Biscuits: the standard Edmonds Cookbook, and the recipe off the back of the Edmonds Wheat Bran packet, adding for good measure, plenty of her own special “Mum Knows Best” recipe changes.

I visited Mum for a weekend, and when there helped myself (as you do) from the biscuit container. These bran biscuits were so good – I was most impressed – and had several, leaving about three biscuits in the container so I didn’t appear too greedy. (Mum later mentioned that in the pantry there were some Bran Biscuits if I wanted to try them. “I know”, I said and had to admit I had already found them.)

Because these biscuits were so good, and it would be such as shame to forget how these were constructed, I slyly suggested (nudge, nudge, wink, wink) that we make some more while the ‘recipe’ was still fresh in Mum’s memory, then I could write down the recipe and instructions. While making the biscuits Mum was saying things like, “I think this is how I made them” and at the end she looked them over and declared “they look the same”. So, with our best combined efforts, in baking and recording the recipe, this is what we did:

All ingredients at room temperature

Beat the butter until creamy, slowly adding the sugar. Add the maple syrup to the mixture, and mix well. Add the eggs in, and mix all together until light and fluffy.

The mixture should be a consistency that can be picked up and shaped into an oblong, as in the following photo: 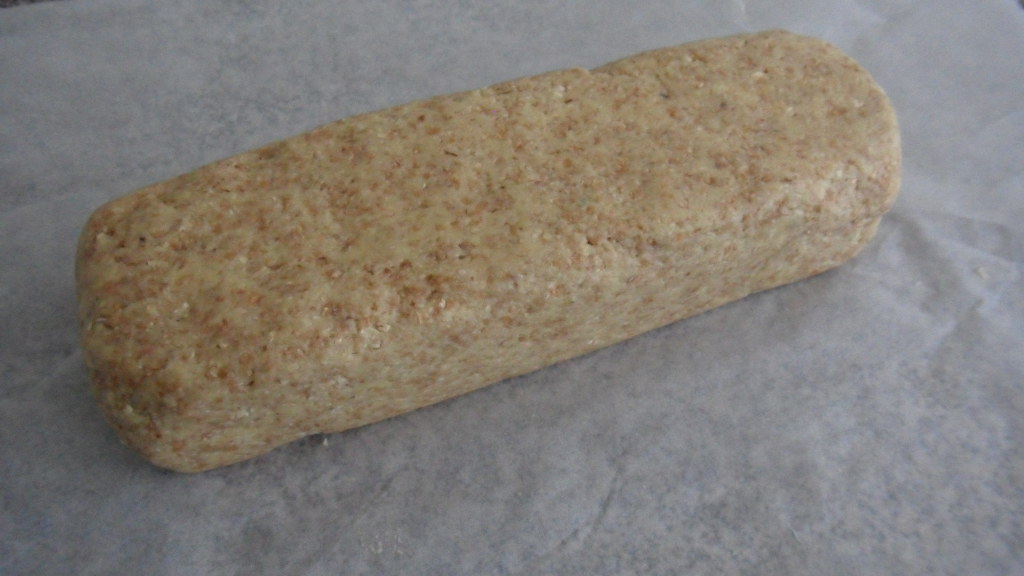 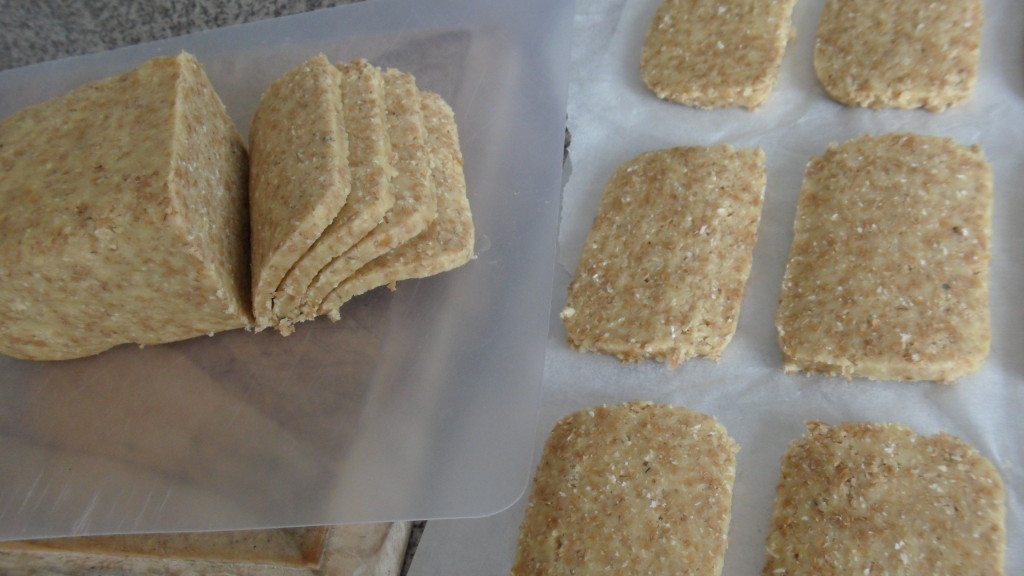 Bake at 180 degrees Celsius for 15 minutes. Check after 10 minutes and turn the tray around in the oven so the biscuits are cooked evenly.

When biscuits are cooked, immediately remove from the oven tray and transfer to a wire rack to cool.