A group of friends and I went for afternoon tea at Petit Fours, and we had a very nice catch-up time over cupcakes and tea. Among the array of cupcakes in the cabinet was the Grasshopper Pie Cupcake. This is based on Nigella Lawson’s dessert from her book ‘Kitchen’ (London: Chatto & Windus, 2010). The cupcake version consists of a chocolate cupcake with a crumbled chocolate biscuit base, mint ganache center, and mint marshmallow frosting. The name alone had me intrigued, and it turned out to be very very tasty indeed. 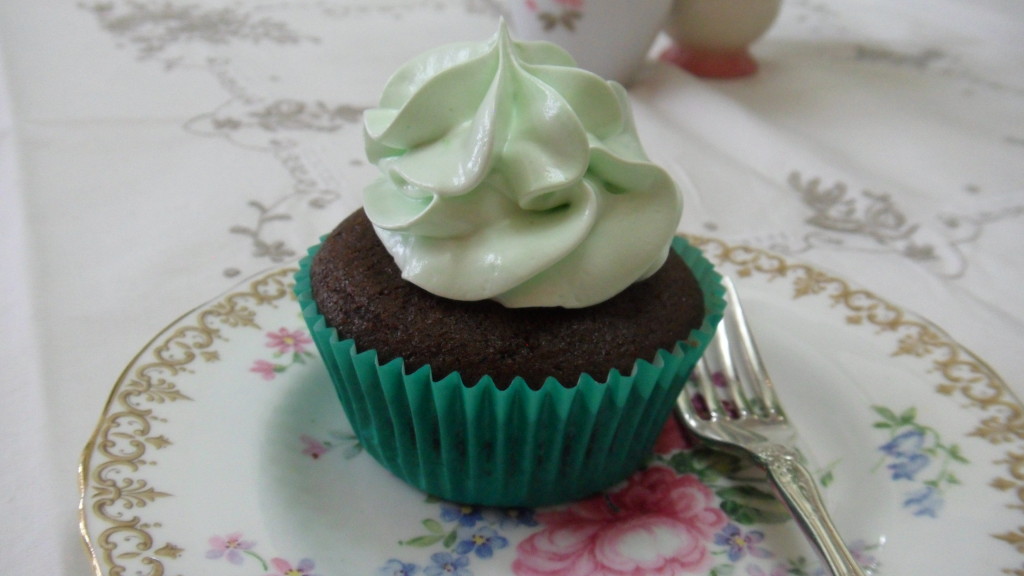 Other flavours in the cabinet that day were:

Salted Caramel, Banana Split, Lemon Meringue, Marshmallow Slice, Red Velvet, Fudge Brownie, and Treasure Hunt (which had a ‘treasure’ stash of M&M’s hidden in the middle of the cupcake. On top of the icing was an ‘X’ marked out in licorice, this was the ‘X marks the spot’ where the M&M treasure was buried beneath).