I guess it’s not technically a harvest, in the sense of a lot of fruit being gathered, but more of a small gain.

Here is the fig ‘harvest’ on the plate, all two of them! We had waited for this moment for a long time: 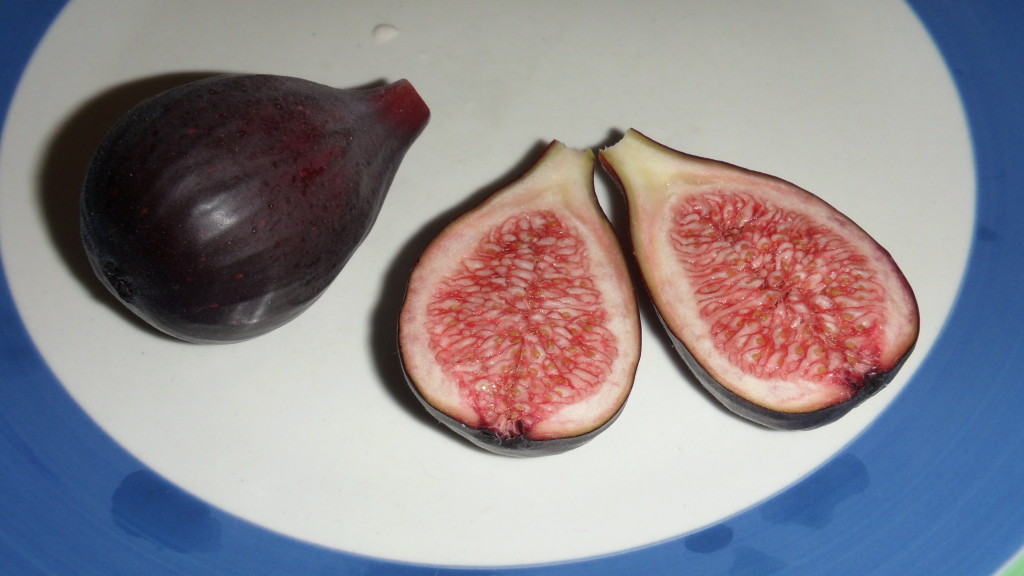 My friend had never ever tried figs before, which I was astounded at, so no wonder he wanted to try growing them. We have a small fig tree which is a Brunoro Black variety. It shot up in growth at an alarming rate in December, then stopped growing and produced fruit. This is the first year it has produced fruit, and we picked the first ever fruit in mid-March, and more fruit is on the tree, but they are still quite small. We picked the fruit when it looked ready on the tree, as they had begun to droop a bit from the nectar inside. They could have been left on the tree slightly longer, as the insides of the fig could have been softer and juicier, but we wanted to pick them before the birds discovered them. We got in first but since then the birds have not only pecked holes in some of the fruit, but stolen whole figs.

Next year we will place netting over the tree, and we may have enough figs to try a fancy fig dish.