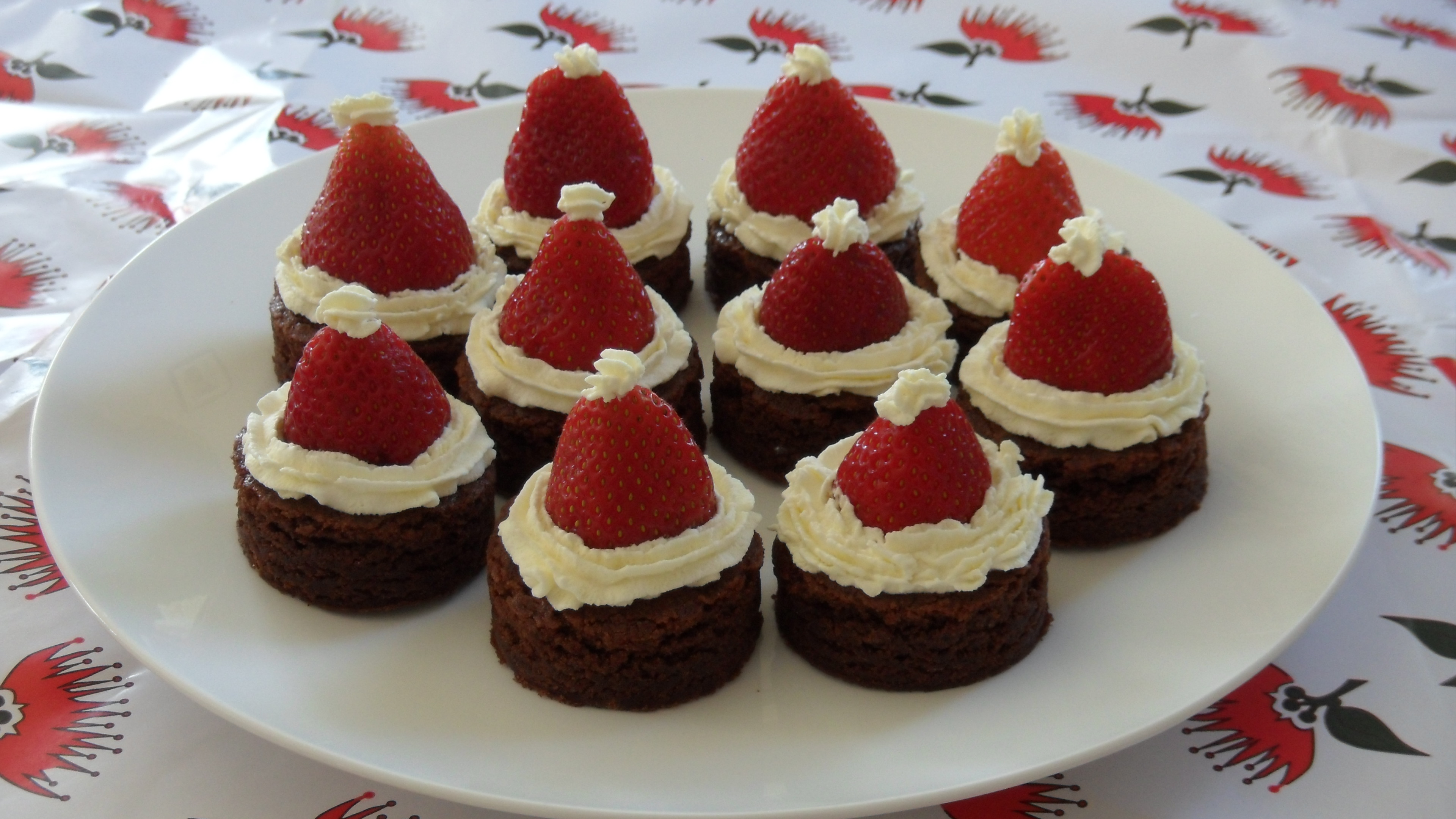 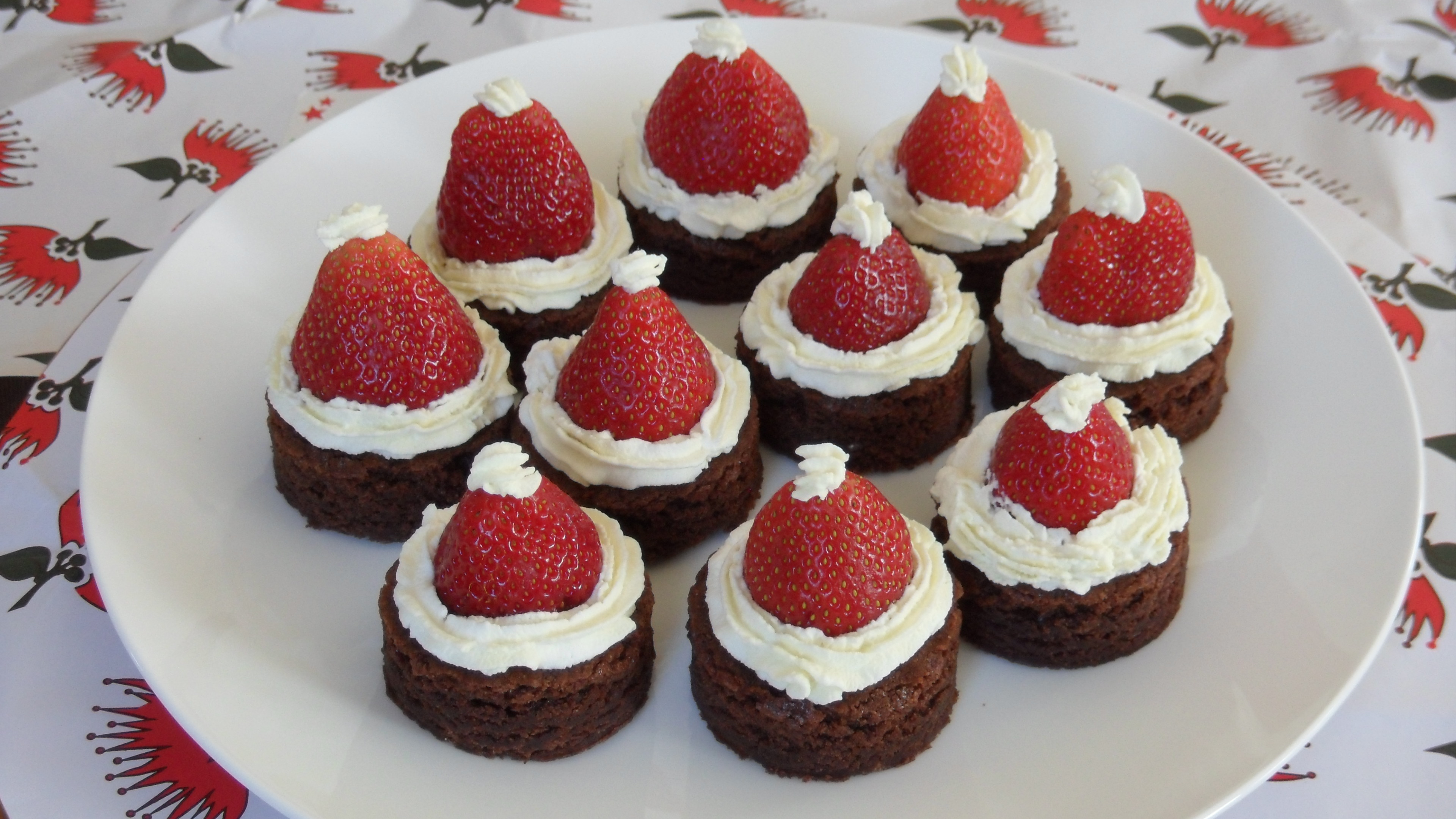 This recipe came from the New Zealand Woman’s Day issue of 9 December, 2013. I was going to make the Strawberry and Cream Cheese Santas again for Christmas (see a previous blog for this recipe), but came across this one instead. I see that a local bakery, Breadworks, made these Santa Hat Brownies as well.

We changed a few aspects of the recipe. For starters, we used a different Chocolate Brownie recipe to the one given in the magazine article. We made the Chocolate Brownies ahead of time, and cut the brownie circles out, then froze them, until we were ready to assemble the Santa Hat Brownies a few days later.

This recipe comes from Alison Holst, and is a nice consistency for a Brownie.

We used melted butter, and didn’t put in the chopped dark chocolate.

Stir in a big bowl :

Add into dry ingredients with :

Beat all together until smooth.

½ cup self raising flour and

To cut the rounds out of the cooked brownie, we used a cookie cutter that was 5 cm diameter.

(Actually we didn’t have a cookie cutter the right size, so Mum fashioned one out of a cut down plastic bottle).

We worked out that this was a good size for medium to large strawberries to sit on.

The original Woman’s Day recipe stated a 20 cm tin with 4 cm cutter to get 16 rounds.

The brownie is hard on the edges when it cools after coming out of the oven, making it too hard to cut right up to the edges. But by the next day the edges have softened and become like the rest of the cake. So it’s debateable whether it is better to wait a day to cut the rounds out as being able to cut up to the edge may allow for an extra one or two rounds to be cut. 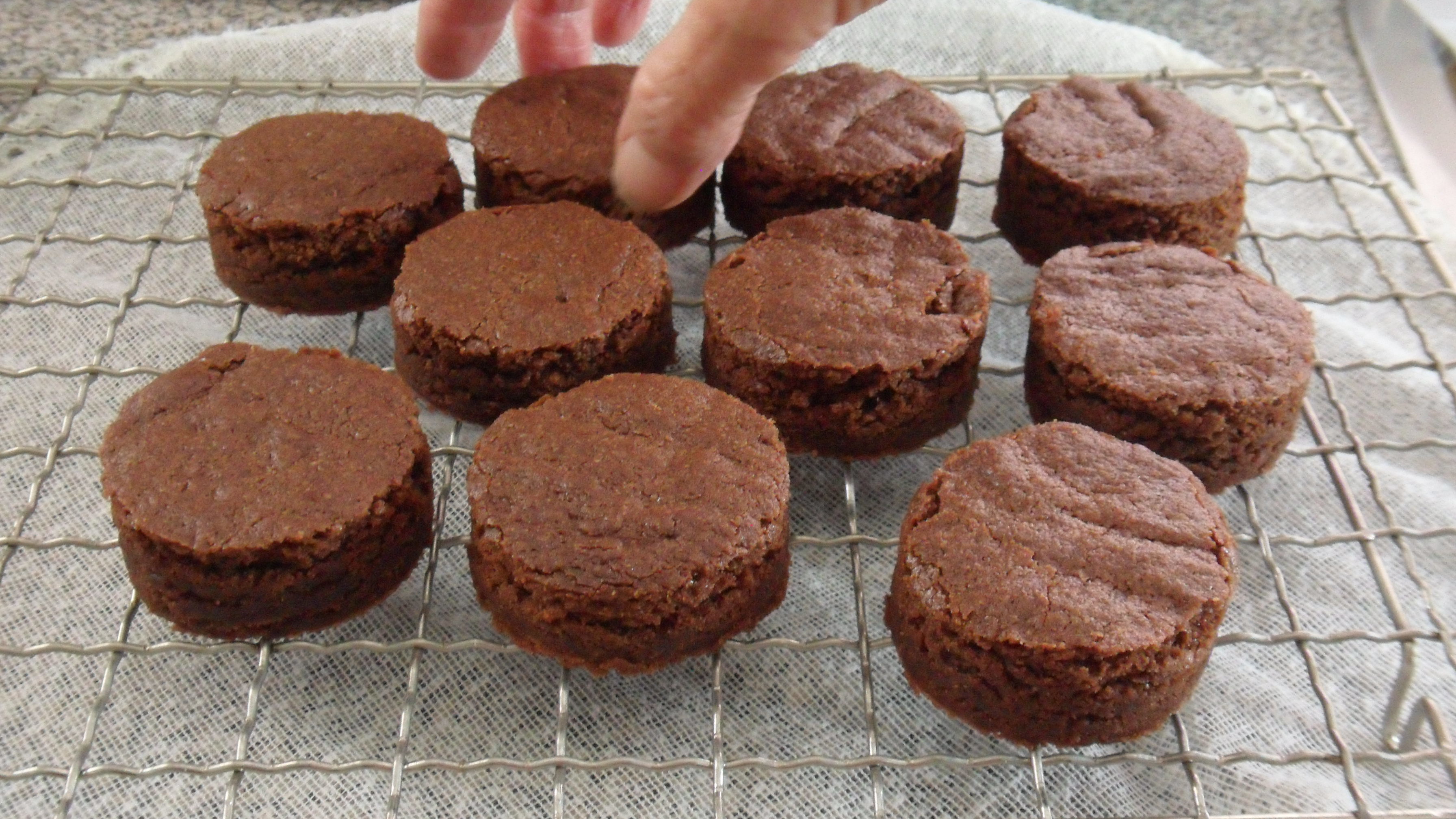 To finish the Santa Hat Bownies, we cut the ends off the strawberries so they had a flat base. Then stuck them to the brownie using a little blob of Butterscotch Sauce that we had in the fridge (the recipe can be found in the blog “Mum’s Delicious Christmas Cake with Butterscotch Sauce and Cream”) but alternatively, as the original recipe states, drop a small amount of melted chocolate on the brownie and stick the cut flat side of the strawberry to it.

We then piped whipped cream around the edges of the stawberries to create the trimming, and placed a dot on the top of the strawberry for the pom-pom on the hat.

As a dessert idea : 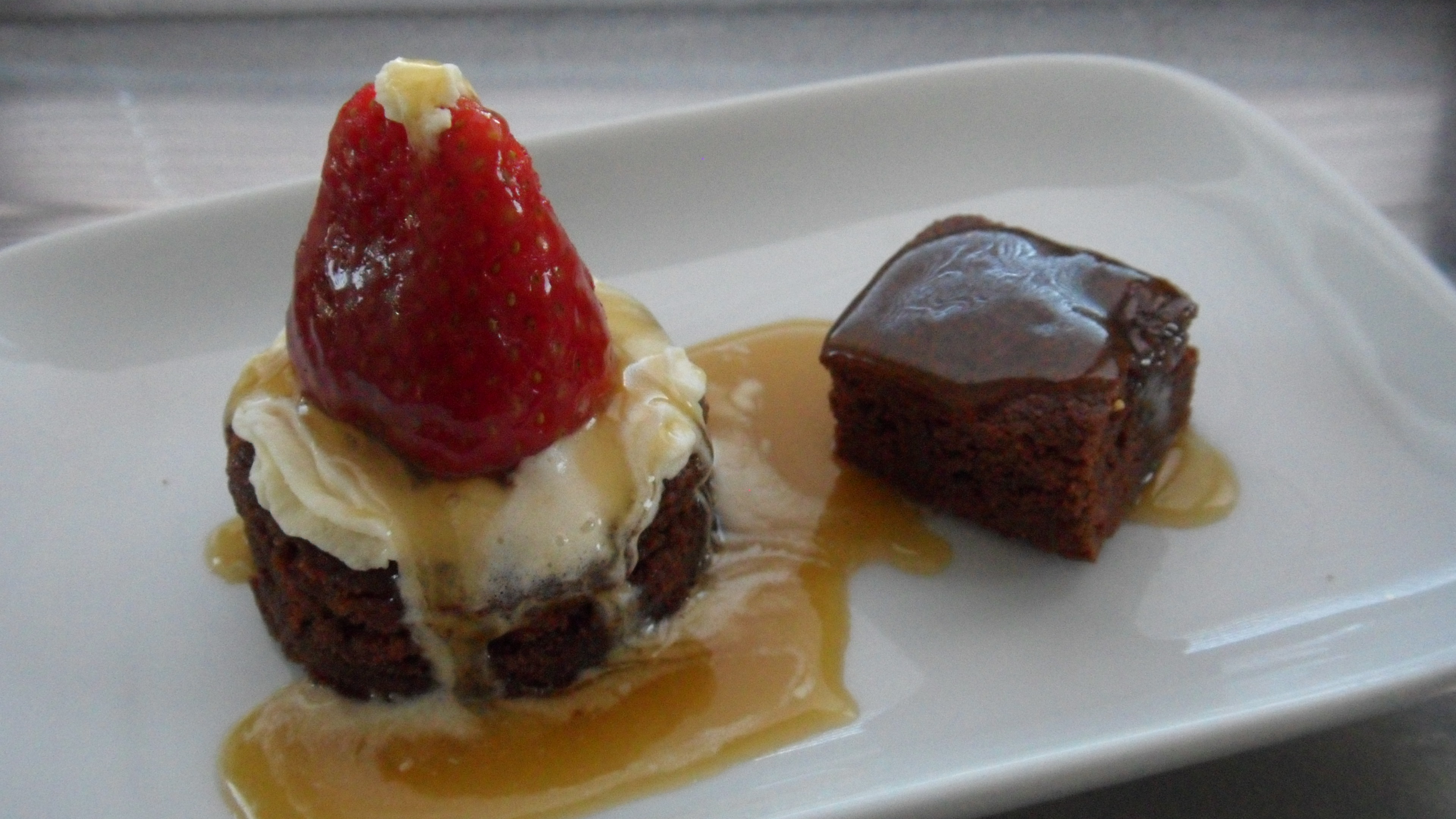 To use up the leftovers the next day for dessert, we heated up some Butterscotch Sauce and drizzled it over the Strawberry Santa Hat Brownie. Delicious.

Something just as delicious…..

Cutting out the rounds of brownie leaves odd shaped leftovers.

I had a lovely time the day after we made the brownie. I made a coffee with cream instead of milk (I’m all about using up the leftovers from Christmas) and sat down in a comfortable chair in the afternoon sun and picked and ate though the leftover odd shapes of Brownie. I really enjoyed this and the only problem was knowing when to stop.