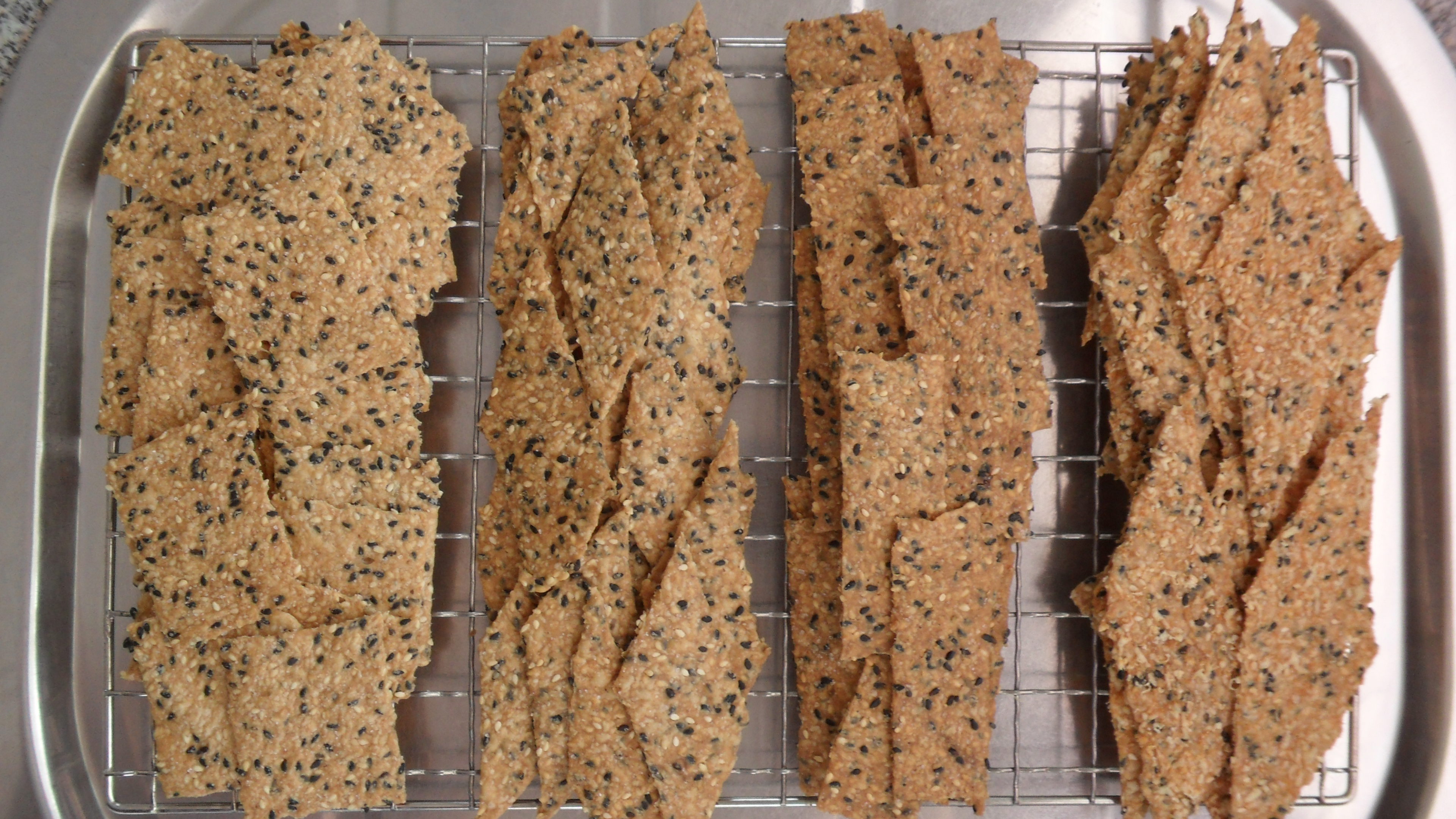 Preheat oven to 165 degrees Celcius and line an oven tray with baking paper.

In a mixing bowl stir together the flours, sesame seeds, oregano and salt. Mix the oils and water together and add to the dry ingredients, stirring to form a soft, pliable dough.

Divide the dough into 4 pieces and roll each out on a lightly floured board as thinly as possible. Each piece of dough should yield a rectangle about 34 x 16 cm. Cut each rectangle into strips measuring about 4 x 17 cm and roll again. They need to be virtually see-through.

Carefully transfer strips to a baking tray, brush lightly with oil and sprinkle with flaky salt. Bake until crisp and pale golden – about 15-18 minutes. Allow to cool fully then store in an airtight container.

Notes on the recipe :

Mixing the dough is the quick part. It is the rolling out of the dough that takes the most time. The dough needs to be rolled out so it is virtually only the thickness of a sesame seed. If a few holes appear in the rolled out dough, it will still cook fine. The dough only shrinks a small amount during baking.

We rolled the dough out on an oven tray lined with baking paper (alternatively, roll the dough out between sheets of baking paper.) Also the baking paper with the dough on it can be held up to the light so you can see where the dough needs to be rolled out thinner. We cut lots of different shapes out of the rolled out dough batches – some squares, some diamonds, some long strips – when it was on the baking paper so we didn’t have to transfer the individual pieces to the baking tray. Use a pizza cutter to cut the pieces fast, cleanly and with a neat edge. We then brushed on olive oil and sprinkled coarse salt on top.

We tried one batch with parmesan cheese sprinkled on top, and it turned out to be very tasty.

We have made this recipe several times before and only had white sesame seeds, so this time found some black sesame seeds, and they make all the difference to the look of the lavosh.